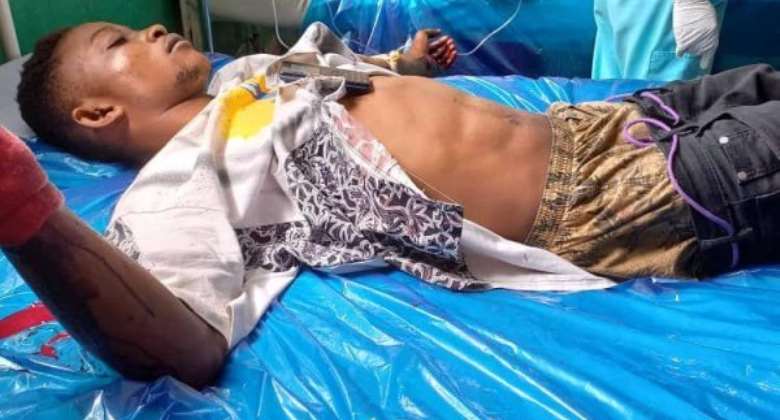 The Police have activated an emergency recovery plan to salvage the damage caused by a gas explosion that occurred today, Thursday, at Apiate between Bogoso and Bawdie in the Western Region.

They have provided security to enable emergency workers, including the Ghana National Fire Service, The National Disaster Management Organization (NADMO) and the Ambulance Service to manage the situation.

A news brief from the Police said, “the Police and other emergency service providers have activated a full emergency recovery exercise.”

It called for calm and urged people in the catchment area to move out to nearby towns for safety while recovery efforts were underway.

The brief appealed to nearby towns to open classrooms, churches, among others, to accommodate survivors.

It said preliminary investigations had established that a mining explosive vehicle moving from Tarkwa to Chirano mines collided with a motorcycle resulting in the explosion.

The brief said most of the victims had been rescued and were on admission at various hospitals and clinics within the Bogoso Municipality.

It said reinforcement of resources and personnel had been deployed to effectively handle the incident.

The brief said further updates regarding the emergency evacuation of the injured would be communicated in due course.