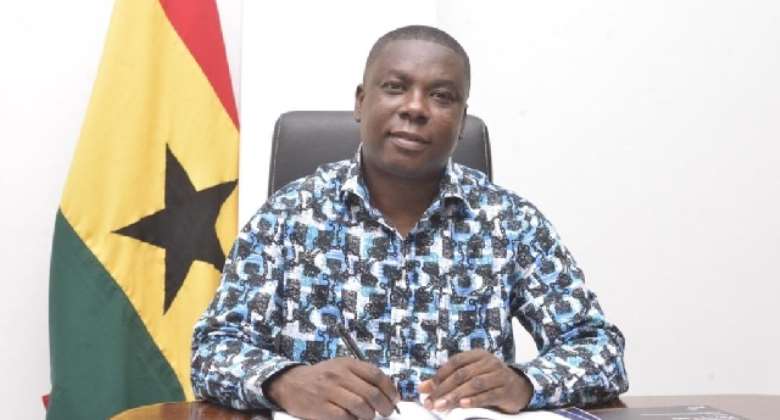 A former Member of Parliament for Nsuta Kwamang Beposo Constituency on the ticket of the governing New Patriotic Party (NPP), Mr Kwame Asafo-Adjei, has accused Vice-President Dr Mahamudu Bawumia’s Economic Advisor, Dr Gideon Boako, of shelving his official duties for which he gets paid, to be campaigning for his boss’s flagbearer ambition.

In the ex-MP’s view, the Ghana Beyond Aid agenda should be Dr Boako’s preoccupation since it is a major policy for economic liberation and empowerment.

“It was my expectation that the likes of Dr Boako and his cohorts at the Vice-President’s office would have taken the policy to town for Ghanaians to buy into it”, he noted.

“What are we seeing the officers at the Vice-President's office doing? They are vigorously campaigning for Dr Bawumia to be the flagbearer instead of championing the president’s vision for the development of the country”, he pointed out.

Mr Asafo-Adjei made the accusation while reacting to claims that Dr Bawumia’s agents and assigns disregarded the rules and regulations instituted by the NPP aimed at ensuring fair play, as far as the internal race for a flagbearer slot is concerned, during the party’s National Delegates’ Conference held in the Ashanti Region a few weeks ago.

“These men have found new jobs by going around the country telling the party’s delegates to vote for the Vice-President because he is a northerner and a Muslim”, Mr Asafo-Adjei said, wondering: “Is this what these men at the Vice-President’s office were employed to do?”

He said: “I expected that the Vice-President’s employees would have led the charge in making the Ghana Beyond Aid policy a household policy”, since he is the Head of the Economic Management Team.

“But what do we see? They have left the job to be done and they are out there campaigning?”

“When did the NPP realise that religion should come first before the work the party has done?” he asked, adding: “What is the party telling the Christians and pagans? Is that the way to run a country and party that needs 50 per cent plus one votes to win an election?”, he asked.