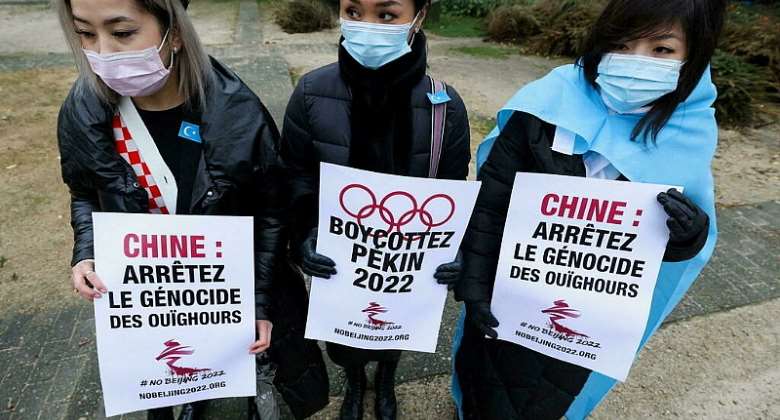 France's National Assembly has adopted a resolution that denounces "genocide" by China against its Uyghur population, a minority Muslim group in the northeastern Xinjiang region, days before the start of the Beijing Winter Olympics.

The text of the resolution reads that the Assembly "officially recognises the violence perpetrated by the People's Republic of China against the Uyghurs as constituting crimes against humanity and genocide."

It calls on the French government to do the same, and undertake "the necessary measures within the international community and in its foreign policy” to stop China's actions towards the Uyghurs.

The non-binding resolution, which was proposed by the opposition Socialists, but backed by President Emmanuel Macron's LaRem party, was adopted almost unanimously – 169 votes for, one against, five abstentions – two weeks before the start of the Beijing Winter Olympics.

China denies genocide in Xinjiang and has turned down repeated requests from the UN High Commission for Human Rights to visit the region to investigate.

China has accused those Uyghurs who have testified abroad of being liars, and has said the camps are vocational centres designed to combat extremism.

“China is a great power; we love Chinese people,” said Faure. “But we refuse to submit to propaganda from a regime that is banking on our cowardice and our avarice to perpetrate a genocide in plain sight.”

He denounced large Western brands that “continue to use forced labour” of the Uyghur population.

Speaking for the government, External Commerce Minister Franck Riester recognised what he called “systematic violence” against the Uyghurs, but said any formal use of the term genocide must come from international organizations, and not the government.

The United States has put sanctions on a growing list of Chinese politicians and companies over the treatment of the Uyghurs, as has put in place a diplomatic boycott of the upcoming Winter Olympics.