Countries do not expect to achieve 2030 global education targets 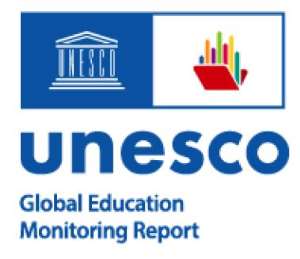 Paris, January 24, 2022 – World Education Day: A new report released today by UNESCO’s Institute for Statistics and the Global Education Monitoring Report finds that, according to their own benchmarks, countries will not achieve Sustainable Development Goal 4 (SDG 4) of ensuring inclusive and equitable quality education and lifelong learning opportunities for all by 2030.This is a wakeup call for the world’s leaders as millions of children will continue to miss out on school and high-quality learning.

The report, National SDG 4 benchmarks: fulfilling our commitments, compiles the findings from the culmination of a two-year global process convened by UNESCO. Participating countries identified their targets for 2025 and 2030 relative to six key SDG 4 indicators on: early childhood education attendance; school attendance; completion; minimum proficiency in reading and mathematics; trained teachers; and public education expenditure. The commitment made was to accelerate progress between now and the deadline relative to the rate countries achieved from 2000-2015. The findings show that even if countries reach their benchmarks, the world will still fall short of the ambition set out in SDG 4. This is even before taking into account the potential consequences of COVID-19 on education development.

“It is a real step forward that some two-thirds of countries are realistically assessing their chances of achieving the SDG 4 goals. It is critical that nations hold themselves accountable to their commitments for their children. However, almost halfway to our deadline, the process has shown that, even by their own assessment, most countries are not expected to get close to the 2030 goal,” said Silvia Montoya, Director of the UNESCO Institute for Statistics. “The next step must be to encourage all countries to submit benchmarks and determine which policies to prioritise before 2030.”

The report shows that according to their own measures, Latin America and the Caribbean and Central and Southern Asia are on course to achieve universal early childhood education. Sub-Saharan Africa, North Africa and Western Asia will not achieve this goal, where it is estimated that roughly two in three children will be enrolled in early childhood education by 2030 (up from less than half currently).

According to their plans, all regions will meet or be very close to achieving universal primary education. Challenges will remain in sub-Saharan Africa where 8% of children of primary school age are still predicted to be out of school in 2030 (down from 19% currently).

By 2030, countries in sub-Saharan Africa expect to be able to achieve a reduction in the rate of out- of-school upper secondary age youth from 47% to 32%; those in Central and Southern Asia expect to reduce their rate from 32% to 17%. In North Africa and Western Asia, the benchmarks show that countries believe they can reduce the rate from 28% to 14% and from 19% to 11% in Latin America and the Caribbean. The process has delivered a reality check with regards to the goal of universal completion of secondary education by 2030, which no region is on track to achieve. Completion rates are expected to land at 89% at lower secondary and 72% at the upper secondary level by the deadline.

Countries are the least confident about the ability to accelerate progress in mathematics skills: by 2030, globally, benchmarks show that an expected 26% will still not be able to do basic mathematics in the early grades, 32% at the end of primary and 34% at the end of lower secondary.

The percentage of trained teachers is expected to increase between 2015 and 2030 to over 90% in each level of education. The fastest growth is expected at the pre-primary education level, from 70% to 94%. Still, by the deadline, countries in sub-Saharan Africa expect that, despite their best efforts, over a quarter of teachers at the pre-primary level will remain untrained.

“These nationally determined targets do not yet take into account the possible impact of COVID-19 on education which we know has significantly slowed down and may have even rolled back progress on education. It is also troubling that a fifth of countries do not have plans with targets, so there is still work to do before a full realistic picture of where we aim to be by 2030 is available,” added Manos Antoninis, Director of the Global Education Monitoring Report

The current benchmarks will be reviewed in 2022 to see if countries deem a significant revision of expectations as a result of COVID-19 school closures is necessary.

The Global Education Monitoring Report (GEM Report) is developed by an independent team and published by UNESCO. It has the official mandate of monitoring progress in meeting the Sustainable Development Goal on education, SDG 4.

About UNESCO Institute for Statistics

The UNESCO Institute for Statistics is the statistical office of UNESCO and is the UN depository for cross-nationally comparable statistics on education, science and technology, culture, and communication.