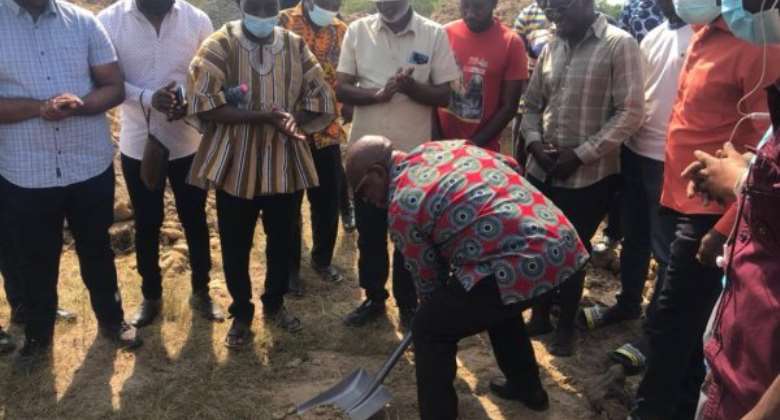 Dr Archibald Yao Letsa, Volta Regional Minister, has cut the sod for the commencement of work on a high standard Rice Mill factory in the region.

The factory, which is located at Mafi-Adidome is expected to produce over 50 tons of rice per hour.

Dr Letsa, in an official visit to the Central Tongu District, has given the green light for construction works to commence on the facility which would ready in six months.

He said the project which is supported by 'Spring Agro' an Indian Company, would help boost Agri-business activities in the region.

"This is a testament to our recent Volta Trade and Investment Fair event where the Indian Ambassador reaffirmed his commitment to partner the region in growing the Agricultural sector."

Dr Letsa also indicated the facility would be one of the best in Volta and Ghana at large due to advanced technological facilities to be attached.

Mr Thomas More Zonyra, the District Chief Executive (DCE) for the area added that other facilities such as Maize seed processor would also be fixed after the first phase.

He said the presence of the facilities would provide jobs to the teeming unemployed youth in the area and beyond.

He also said local farmers would be engaged on commercial basis for providing the raw materials to the facility for processing.

The facility which would cover a four acre land according to the DCE in the interim, would bring relief to rice farmers in the area since they struggle to get their agro products processed for the final market consumption.

Mr Harman Randhaha, the Managing Director of Spring Agro, said agriculture played an important role in every economic activity "so this factory would contribute to the financial growth of the District."

The event was part of the regional Minister's tour to the various Municipal and District Assemblies in the region.

The tour also took the Minister and his enterouge to some business farms in the District.