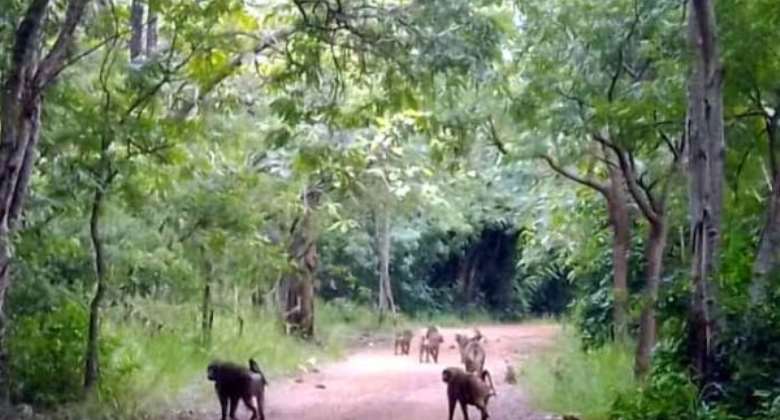 Mr Joseph Binlinla, Regional Manager, Wildlife Division of the Forestry Commission has advised the public to jealously guard the environment to help protect wildlife from becoming extinct and also for posterity.

He said natural resources play a major role in the existence of humans and so it must be protected for future generations.

Mr Binlinla made the call in an interview with the Ghana News Agency (GNA) in Bolgatanga, in the Upper East Region.

He said some species of animals and birds were going extinct, and mentioned the honey badgers, Vultures, toads and frogs,as some of them, adding that lions, which is a savannah species, was now not commonly seen, except in the Mole National Park in Northern Ghana and other protected areas

He said as a mandate of the wildlife Division of the Forestry Commission(FC), their role was to ensure that the extinction of wild animals were curtailed, however human activities had impacted heavily on the existence of wildlife and the natural resources and therefore urged all to manage well, the resource and join hands with the Division to conserve nature.

To curb the challenge, the Regional Manager indicated that a lot of activities were carried out last year, as part of the 2021 World Wildlife Day, to sensitise the public on the importance of conserving animals and the forest.

He said Green Ghana Day was significantly observed with the facilitation of communities to procure and plant trees within their protected areas especially in Community Resource Management Areas [CREMAs] and also instituted Close Season measures and a campaign to protect the environment in communities.

“The Ecological system in the savannah zone is fragile, bereft with challenges of erosion and being a single routine rainfall pattern, so we have a recourse to guard what nature has bestowed us with and sustainably manage it”. Mr Binlinla stressed.

He also encouraged people on the need to co- exist with the animals and especially protect elephants on their migratory routes.

On causalities experienced in 2021, where two elephants were killed during a community conflict and one person killed by an elephant, he noted that, though his outfit was supportive of farmers whose crops were destroyed, he urged the communities to co- existence, with elephants and other animals instead of wiping them out along the Talensi, Nabdam, Garu, Binduri Districts ,and Tempane migratory routes in the Upper East Region, and forest reserves in the North East Region.

“The Elephants are always in motion and they need space to live and feed just as human beings and there was the need to protect and co-exist with them”. Mr Binlinla said.