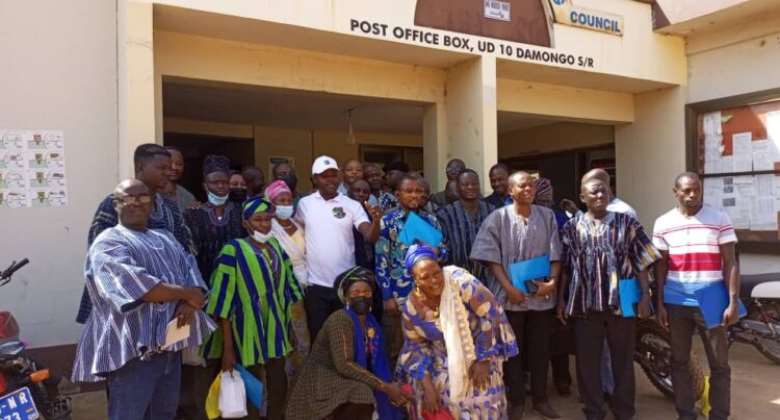 The Municipal Chief Executive (MCE) for West Gonja, Karim Musah Kusubari has been elected as the Savannah Regional representative for the National Association of Local Authorities in Ghana (NALAG).

He takes over from the immediate past Central Gonja District Chief Executive, Mustapha Mahama, who was formerly occupying the said position for the region.

Present for the all-important delegate conference were the seven Metropolitan, Municipal and District Chief executives from the region, presiding members and some selected Assembly members from the region.

Thus, in all, seven MMDCEs, seven Presiding Members and some selected assembly members drawn across the Savannah Region took part in the crucial election.

In a brief acceptance speech, the West Gonja MCE expressed gratitude to the National Executive Committee (NEC) for the timely organization of the conference in the region.

He also extended a debt of appreciation to all the delegates for the unanimous confidence reposed in him as their representative, pledging good stewardship under his watch towards the overall growth and development of the Savannah Region.

The young MCE lauded his predecessor, the former Central Gonja DCE for the good work over the years and solemnly pledged to continue the baton of leadership from where he stopped.