Kanu: A Psychological Explainer Of Buhari’s Public Comments And How They Could Sabotage The Court Process And Pose Disaster For Our Young Democracy 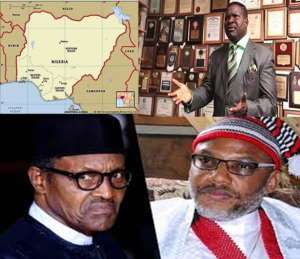 As we know, words have power. A powerful person like President Muhammadu Buhari can, through words, subvert or undermine the power and authority of an established institution like the court.

Psychologically, presidential words can shape our beliefs, drive our behavior, and alter our perceptions.

As a sitting president, Buhari knows that every word that comes out of the president's mouth publicly about an ongoing trial can be consequential.

The president spoke on Wednesday, January 5th, 2022, in an interview aired on Channels Television.

While publicly commenting on the trial of Nnamdi Kanu, the IPOB leader during the interview, Buhari said: "There’s one institution I would not dare interfere with—that is the judiciary." As a sign of presidential respect for the Constitution and the rule of law, Buhari should have stopped there, but he did not. Instead, he suddenly became the Director of Public Prosecution and the judge.

He went on to say, "Kanu’s case is with the judiciary. But what I wonder is when Kanu was in Europe abusing this administration, I never thought he would voluntarily come and defend himself against the accusations". Mr. president, there goes your grave mistake.

No matter how basic our Constitution is, you can’t say that in a constitutional democracy. But Buhari did.

Then he went further, "So, we are giving Kanu an opportunity to defend himself in our system, not to abuse us from Europe as if he were not a Nigerian." “Let him come here and criticize us here. His case is with the judiciary. Let him be listened to. But people who are saying he should be released, no, we cannot release him. " …"But you can’t go to a foreign country and keep sending incorrect security and economic problems against your country — and think he will never account for what he has been doing… let him account for what he has been doing".

These words from Buhari threaten our young system of government, the judiciary especially. Let’s remember that among the charges against Kanu included calling Buhari a "pedophile, terrorist, idiot, and embodiment of evil." Of course, the president is human like all of us. He felt bad hearing those annoying words but commenting on them publicly makes him look like a tyrannical despot, and not a democratic leader in the eyes of the people and the world. I would want to say he misspoke, and I hope his aids counseled him on such illegitimate utterances next time.

If the law enforcement officers, prosecutors, and presiding judges on Kanu’s case could whisper into Buhari’s ears, they would tell him, "Sir, just stop it. You are making things difficult for us and helping the defense. "

The courts are the ultimate guardians of our Constitution and laws, and they depend on the people to respect their practices and rulings and on executives to obey and enforce their decisions.

With such assuming words from Buhari, internally, the judges' fear of personal criticism from "above" could color judicial decision-making, directly or indirectly.

Buhari must be reminded by the people and international donors that the separation of powers is not a threat to the presidency; it is the essence of democracy.

This case will test Nigeria as never before in the coming months. As President, Buhari should not make comments about active criminal cases because his words could be misconstrued.

Words are a president's strongest weapon. Kanu is a Nigerian pro-Biafra political activist who is also a British citizen. Those toxic words from the president can move nations and shift disputes, but they could also inspire mistrust and hostility in society.

President Buhari, you began this war of words. Now he must finish it with the now leading team member on Kanu’s matter, the globally known foremost constitutional lawyer and human rights activist, Dr. Mike Ozekhome, SAN. 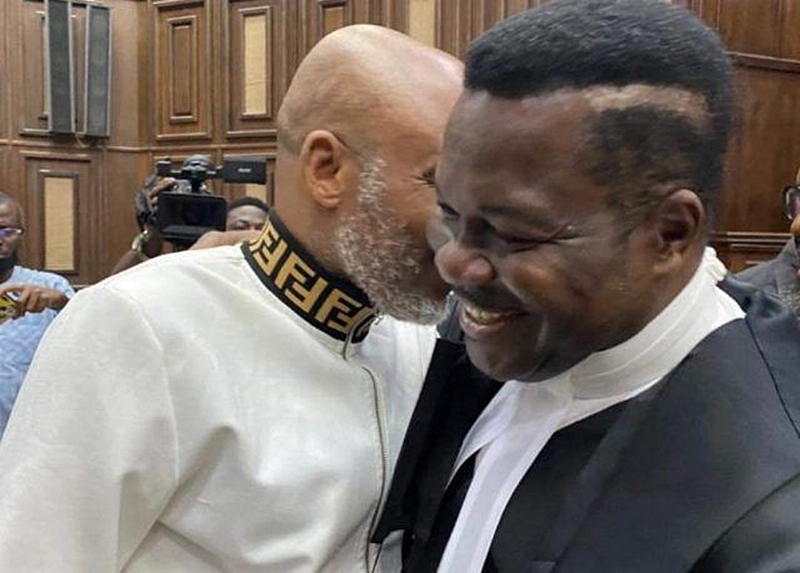 By the way, since when did name-calling, verbal insults, and other insulting languages become criminal offenses? If Nigeria is truly a constitutional democracy, insulting anyone, including the president or the government, is completely legal.

While I agree that leaders should be respected, those leaders who are abusive of people's rights or undermine court orders deserve to be called useful idiots.

In our current social media world, you made a grave mistake when on channel TV you said the words above, thereby stretching this case beyond the judiciary and into the dirty game of politics.

Mr. President, just read this from Dr. Ozekhome to the presiding Judge, Justice Binta Nyako, whom you have apparently made things difficult for. "The right to self-determination is inalienable. It is guaranteed under both the Constitution of the Federal Republic of Nigeria and the African Charter on Peoples’ Rights. I am here today because I believe that the charge against the defendant is baseless. "

This writer is not a lawyer as such, I cannot explain the multiple charges against Kanu, but from the lens of human rights psychology, since when did it become a no-no to broadcasts from overseas criticizing a government known for violating Kanu’s fundamental human rights?

Some hours ago, Justice Benson Anya of the Abia State High Court found Buhari’s government guilty of violating the fundamental human rights of Kanu, asking the government to issue a public apology and pay the sum of N1 billion to Kanu. Along the same line, Kanu’s American lawyer, Bruce Fein, has asked the United States of America to join the ongoing case between the leader of the Indigenous People of Biafra, Kanu, and the Nigerian government.

In a letter to the Secretary of State for Foreign, Commonwealth, and Development Affairs, Elizabeth Truss, he complained about the Nigerian government's arbitrary detention of Kanu, who is partly British.

He reminded the American and British governments that Kanu was kidnapped and tortured in Kenya last June and subjected to an unusual rendition to Abuja, Nigeria, by the Federal Government of Nigeria.

He noted that abuses against Kanu include being detained illegally for alleged "crimes" that consist largely of free speech broadcasts from London on Radio Biafra, protected by UK and international law.

I will say this: Buhari has made a political issue a judicial matter with no democratic evidence to back his regime.

With his January 5th words, President Buhari erroneously introduced the element of implicit bias, which is a likely influence on an active court case, and the consequences could possibly result in biased judgments.

In a true democracy, the presiding judge will publicly or privately rebuke the president for making it impossible for her to do her job and that she will not be "bullied or influenced" by his power-based angry utterances.

Psychologically, because of bruised feelings and abuse of authority, Buhari could be undermining the integrity of the prosecutors and the judge, politicizing the legal handling of Kanu’s case, and ultimately threatening democracy itself.

Buhari, who only has a few months left in office, should understand that dehumanizing Kanu, partly because of verbal insults and free speech broadcasts, will further divide an already divided population. He should understand that harmony and the law are the best tools for keeping Nigeria together. Let’s be careful.

John Egbeazien Oshodi who was born in Uromi, Edo State in Nigeria, is an American based Police/Prison Scientist and Forensic/Clinical/Legal Psychologist. A government Consultant on matters of forensic-clinical adult/child psychological services in the USA; Chief Educator and Clinician at the Transatlantic Enrichment and Refresher Institute, an Online Lifelong Center for Personal, Professional and Career Development. A former Interim Associate Dean/Assistant Professor at the Broward College, Florida. The Founder of the Dr. John Egbeazien Oshodi Foundation, Center for Psychological Health and Behavioral Change in African settings. In 2011, he introduced the State-of-the-Art Forensic Psychology into Nigeria through N.U.C and the Nasarawa State University where he served in the Department of Psychology as an Associate Professor. A Virtual behavioral Leadership Professor at the ISCOM University, Republic of Benin. Founder of the Proposed Transatlantic Egbeazien Open University (TEU) of Values and Ethics, a digital project of Truth, Ethics, Openness. Author of over forty academic publications/creations, at least 200 public opinion writeups on African issues, and various books. He specializes in psycho-prescriptive writings regarding African institutional and governance issues.