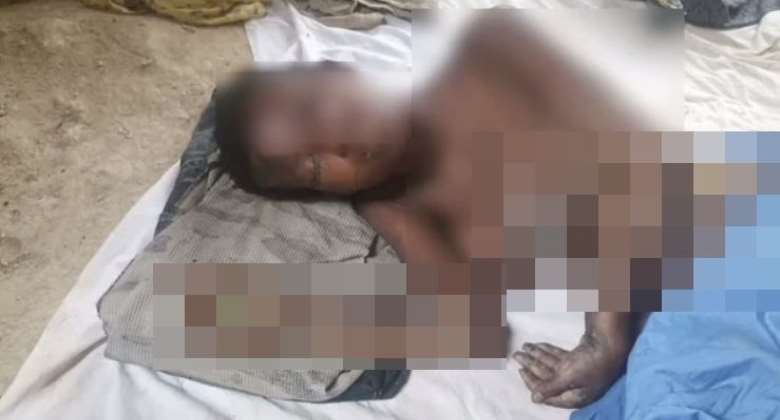 A 25-year-old girl is currently battling for her life after losing one breast, one eye in an alleged arson at Kotwi in the Atwima Kwanwoma District of the Ashanti Region.

Father of the victim, Nana Kwaku Poku who could not hold his tears said he could not send her daughter to the hospital due to lack of funds.

"My daughter needs urgent medical attention but I have nothing on me now. All am praying is that she survive these life-threatening injuries," he cries.

He appealed to benevolent individuals to come to his aid to send the girl to the hospital.

The victim, Eunice Opoku, also had her hand and other parts of her body sustaining severe injuries after one Richard Asiedu, age 40, set her ablaze in a room.

Narrating her ordeal to this reporter, the victim, Eunice Opoku said she was attacked by the suspect with a pinch bar while escaping from a blazing fire in her room.

"I was in my room when I saw smoke in the house. I attempted to escape but Mr Asiedu hit me with a pinch-bar and locked me in the room to deal with the fire.

"Now one of my breasts is almost destroyed with the other one severely injured. One of my hands has also burned beyond recognition and the pain am going through is unbearable," she cries.

The suspect who's is currently in the grips of Brofoyedu police was said to have set the girl ablaze on Sunday, January 16, 2022 burning two rooms in the process.

The incident has left neighbours in a state of shock as fire swept through the house destroying properties worth hundreds of cedis.