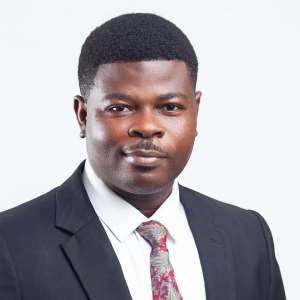 PHYLLIS A. BALCH a renowned nutritional counselor and advocate of natural therapies opined that “One key symptom of alcoholism is that the individual comes to need a drink for every mood--one to calm down, one to perk up, one to celebrate, one to deal with disappointment, and so on”

Alcohol use disorder (AUD) can be caused by a variety of reasons. Your brain begins to rely on alcohol to manufacture specific molecules over a lengthy time of drinking. This is what makes quitting for heavy drinkers so tough, and it can also create unpleasant withdrawal symptoms.

Alcohol is formed when yeast ferments (breaks down without oxygen) the sugars in different food. For example, wine is made from the sugar in grapes, beer from the sugar in malted barley (a type of grain), cider from the sugar in apples, vodka from the sugar in potatoes, beets or other plants. Alcohol is classified as a sedative hypnotic,' which means it depresses the central nervous system when consumed in large amounts. Alcohol can operate as a stimulant in low levels, causing feelings of exhilaration and talkativeness; however, consuming too much alcohol in one sitting can cause drowsiness, respiratory depression (in which breathing becomes slow, shallow, or stops entirely), coma, or even death.

According to the Dietary Guidelines for Americans, U.S. Department of Agriculture, and U.S. Department of Health and Human Services, moderate drinking involves up to one drink per day for women and up to two drinks per day for men. Research suggests that only about 2% of those who drink within these limits have an alcohol use disorder or alcoholism. Alcoholism on the other hand is when you have impaired control over alcohol, are preoccupied with its use, and continue to use it despite adverse consequences on your health, relationships and rate of productivity.

Although research works indicate men are more likely than women to become addicted to alcohol, the reverse is true for some communities. Scientific researchers have focused on the causes and risk factors connected with alcoholism throughout the last several decades. While there is no specific formula for describing a person's drinking habits, studies have revealed that a range of factors influence alcohol abuse. Alcoholism, on the other hand, is a disorder that affects everyone, regardless of age, gender, race, physical shape, or personal and religious views. Permit me to begin systematically on this topic by indicating some of the basic reasons behind a lot of alcoholism in recent times. We will explore the full topic gradually and come to terms with the reality in society and in Ghana for that matter. Today, we will look at some of the root causes of excessive alcohol intake. There is a very tall and inexhaustible list as to why people take in excessive alcohol daily.

Biological reasons, environmental factors, social issues, and psychological factors are some of the most prevalent causes of alcoholism. Here's a breakdown of how each one contributes to the onset of alcoholism.

To begin with, I know individuals who take excessive alcohol because they are uncertain about an occurrence and what the future holds. Uncertainty is a natural part of life. Everyone feels it on a daily basis. From big things to small, being uncertain does not mean you are lost or a failure. It just means you’re alive. At times, you may be overwhelmed by uncertainty, but if you can learn to deal with life’s uncertainty each day, you’ll be more confident and able to trust that things will work out for the best. While you can’t control everything, there are a few things you do have control over. Your attitude is an example of this.

Also, intake of excessive alcohol may be seen as a way of dealing with regrets. Regret can be all-consuming, and it can destroy lives. We can see it all around us, whether it is the man who cannot forgive himself for not saving enough money in his prime days or the man who was sent to school abroad and could not come home with a certificate. It is not unusual for anyone to regret an action. What matters is in fact what that regret leads to.

Again, the quick fix to manage bereavement for some is to take in excessive alcohol. Bereavement is the grief and mourning experience following the death of someone important to us. While it's an inevitable part of life—something that virtually all of us go through at some point—losing someone you love can be one of the most painful experiences you'll ever have to endure. The death of a loved one, whether it's a close friend, spouse, partner, parent, kid, or other relative, can be devastating. Waves of intense and painful feelings may wash over you, ranging from deep grief, emptiness, and despair. But no matter how much suffering you're experiencing right now, it's vital to remember that there are healthy methods to deal with your distress and come to grips with your loss. While life may never be the same, you can gradually relieve your grief, begin to look forward with hope and optimism, and eventually go on with your life. There is no quick fix to managing bereavement.

To add, others engage in excessive alcohol intake because of happy moments or to celebrate good news. Some students for example tend to take in more alcohol after a success in an examination. Over 2,000 years ago, a brilliant Greek philosopher said, “Men are disturbed not by things, but by the views they take of them.”. What you make of every event matters. For some, a wedding ceremony or a funeral is an opportunity to take in more alcohol.

Also, many resort to excessive drinking because of the profession they practice. No bad intention intended and not to put any profession into disrepute but my conversation with a very intelligent mortuary attendant ended with these words “I drink in order to forget about everything I see at work”.There are labourers who drink before starting their work for the day. According to them, they feel energized to do more work once they are on alcohol. There is a possibility of this situation in every profession. Either they drink to feel at ease and work or be energized to do more work.

For biological factors; research has shown a close link between alcoholism and biological factors, particularly genetics and physiology. While some individuals can limit the amount of alcohol they consume, others feel a strong impulse to keep going. For some, alcohol gives off feelings of pleasure, encouraging the brain to repeat the behavior. Repetitive behavior like this can make you more vulnerable to developing alcoholism. Alcoholism, for example, has been linked to up to 51 genes in various chromosome regions, according to research. Family members are substantially more likely to develop drinking issues if these genes are passed down through generations. This is not a visa for excessive alcohol consumption but a reason to be on guard. Science is a guide to our conscience.

We cannot leave out environmental factors; In recent years, studies have explored a possible connection between your environment and risk of Alcoholism. For example, many researchers have examined whether or not a person’s proximity to alcohol retail stores or bars affect their chances of alcoholism. People who live closer to alcohol establishments are said to have a more positive outlook on drinking and are more likely to participate in the activity.

Furthermore, alcohol companies flood the entire population with marketing. Many of these advertisements portray drinking as a socially acceptable, enjoyable, and soothing activity. According to a study published by Otoo et al.,2020, alcohol advertising in Ghana surged by more than 400% in just a decade, from 2010 to 2020.

Although reasons indicated above cannot be an exhaustive list of why individuals engage in alcoholism, these are some predominant reasons in our society. In the next publication on this topic, we will begin to explore consequences of alcoholism. Until then, let me leave you with this verse in Proverbs 20:1 which says - "Wine is a mocker, strong drink is raging: and whosoever is deceived thereby is not wise". Anything we do not have control over including alcohol can control us.