COVID-19: GHS to embarks on intensive nationwide vaccination from February 2– 6 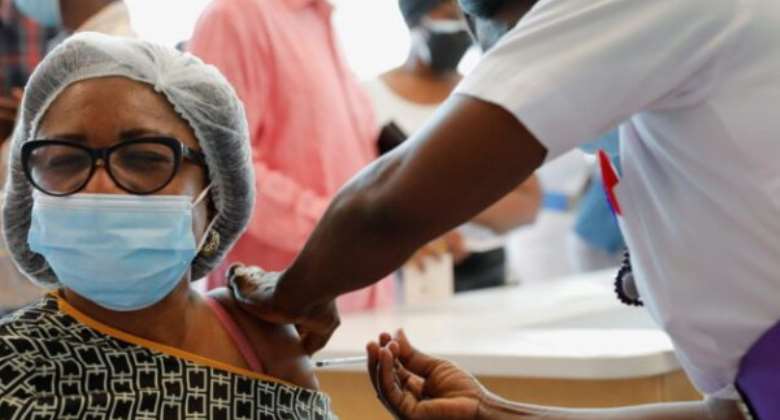 The Ghana Health Service (GHS) has scheduled February 2-6 to start a nationwide intensive campaign and vaccination against the COVID-19 pandemic.

Mr Kwaku Agyeman-Manu, the Minister of Health, who announced this at a media briefing in Accra on Wednesday, said the five-day national vaccination would ensure a mass inoculation of Ghanaians.

The decision, he said, formed part of the Government's revised policy and strategy on the pandemic to improve the mass vaccination drive, access to vaccines, as well as achieve a herd immunity.

Mr Agyeman-Manu said about 34.8 per cent of the 20 million target population had at least received a single dose of the vaccine with about 16.1 per cent haven taken the full dose.

The Director-General of the GHS, Dr Patrick Kuma-Aboagye, said more than 25 million doses of vaccines had been received with COVAX contributing about 68.2 per cent.

The African Union and other multilateral organisations supplied 21.3 per cent and 10.5 per cent, respectively.

A total of 1,364 deaths had been recorded with the current active cases standing at 4,185, out of which 40 were severe and 11 critical, he said.

Dr Kuma-Aboagye said even though the country was experiencing the fourth wave of the pandemic, the proportion of critical and severe cases were relatively low.

Similarly there had been significant reduction in the active cases over the last few weeks with a downward trend in international arrivals.

The GHS Boss said as part of the revised vaccine policy, the Government had approved for booster doses to be administered to all frontline health workers, security personnel, persons with underlying health conditions, persons 60 years and above and members of the Executive, Legislature and the Judiciary.

Also, the Service had recommended the Pfizer and Modena vaccines to be administered to pregnant women and children between ages 15 and 17 years.