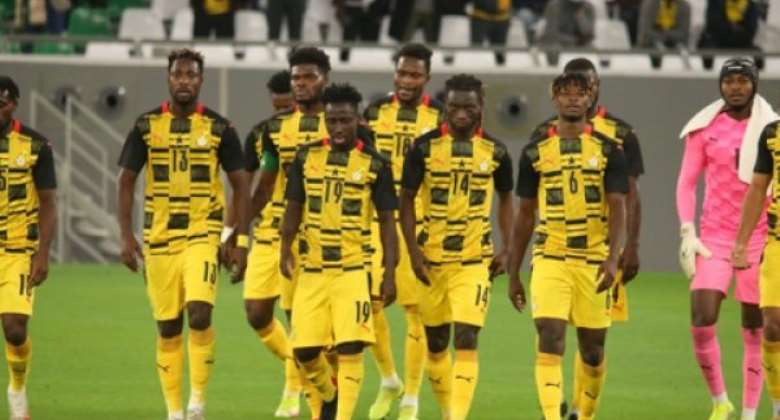 Some football fans in Kumasi have expressed disappointment at the Black Stars' inability to progress from the group stage in the ongoing African Cup of Nations tournament in Cameroon.

The Black Stars was eliminated from the tournament following their 3-2 defeat to Comoros in the final Group C fixture, on Tuesday night.

They lost by a lone goal to Morocco in the opening match, drew with Gabon in their second game and lost 3-2 to the Coelacanths of Comoros on Tuesday.

Some fans who spoke to the GNA sports in an interview shared their views on the humiliating exit of the Black Stars from the AFCON.

Felix Aboagye, a phone seller at Adum told GNA Sports that “we were expecting a lot of things from the Black Stars after the 40- year trophy drought”.

He said the players were not giving out their best in the three games they played and wasted everybody's time.

'I think Andre Ayew and his brother Jordan Ayew have nothing new to offer the Black Stars team and Ghanaians' he stated.

Mr. Osei Akoto, a bookshop keeper described the team's AFCON campaign as a disgrace to the nation and Ghana's reputation as a football nation.

He called for a reshuffle in the national team and the management of football in the country to help restore the image of the country as a leading football nation in Africa.

Mr. Akoto said after spending huge sums of money on the players, Ghanaians did not deserve the kind of treatment meted out to them by the players.

Madame Elizabeth Owusu, a trader, said 'I'm a football fan and always watch Black Stars' games, but I was very disappointed about their performance and the results of the team yesterday.

"I closed early from work yesterday to watch the game but I felt crestfallen of the team', she added.

She blamed the abysmal performance of the team on the influence of the Ghana Football Association in the selection of the players for the tournament.

Madame Owusu, urged the government and other stakeholders to work together with the FA to draw a development plan for the country's football, adding that, the FA should seriously consider the development of colts' football and work to improve on the local league to help select local players to build the national team.

'The local players should be given the chance to play for the Black Stars irrespective of the teams they play.

“I think they are pretty good as some of the foreign-based players," she claimed.

Mr. Isaac Ayensu stated that the coach of the team should be sacked immediately when the team returned to Ghana.

He stressed the need for the government to review the huge bonuses which had been a grave concern to many Ghanaians and hence, their lukewarm attitude towards the team.