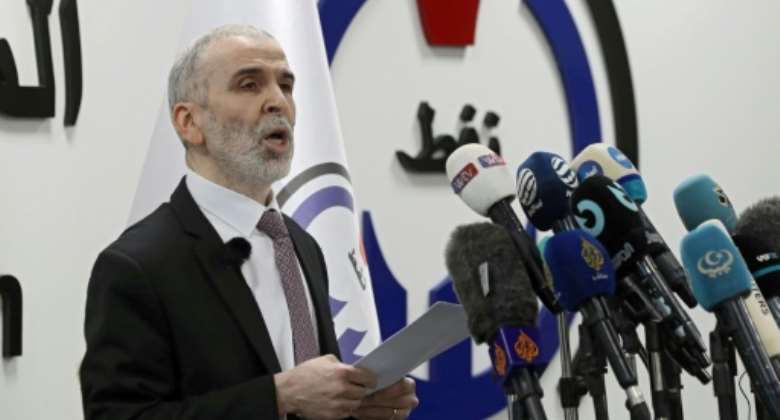 Libya's National Oil Corporation is trying 'to maintain a level of production of 1.2 million barrels per day' but hopes for state investment in order to boost levels, NOC chief Mustafa Sanalla told journalists at a rare news conference. By Mahmud Turkia AFP

The powerful head of Libya's National Oil Corporation on Wednesday decried a lack of state investment in the country's vital energy sector.

Libya sits on the largest known oil reserves in Africa, and is heavily dependent on revenues from its oil and gas exports.

In a decade of violence since the 2011 revolt that overthrew and killed dictator Moamer Kadhafi, armed groups have frequently blockaded or damaged oil installations, and some have been destroyed.

"In 2021, we received just 11 percent" of the state budget allocated for the oil and gas sector, after two years of receiving no funding and accruing "large debts", NOC chief Mustafa Sanalla said.

"Despite this, we achieved high production levels," he said, holding a rare press conference in the capital Tripoli.

The NOC is trying "to maintain a level of production of 1.2 million barrels per day" but hopes for state investment in order to boost output, he added.

Libya's oil production was between 1.5 million and 1.6 million bpd before the 2011 NATO-backed uprising.

"The networks are dilapidated and must be stopped regularly in order to repair" pipelines, he said.

"We have 60-year-old equipment that needs to be replaced, but this is not possible because we do not have the budget," he added.

The NOC said on Saturday that Libya's lifeline oil and gas exports raised revenues of more than $21.5 billion in 2021, the highest level in five years.

Divisions between rival powers based in Libya's east and west have long held the country's economic activity hostage.

Unlike many other Libyan state institutions, the NOC has largely managed to remain neutral in the face of political wrangling.

Relations are tense between Sanalla -- who has been in the job since 2014 -- and Oil Minister Mohammed Aoun, who has repeatedly tried to sack the NOC chief, prompting interim Prime Minister Abdulhamid Dbeibah to intervene.