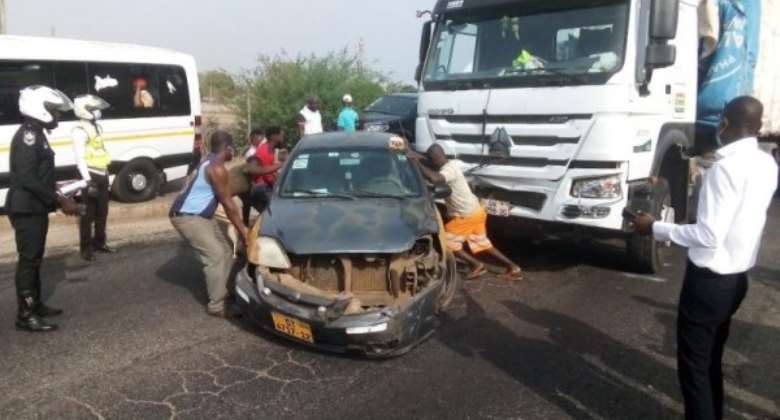 An accident on the Techiman-Tuobodom highway in the Bono East Region, in the early hours of Wednesday, has claimed five lives.

Some of the injured, the GNA gathered, were in critical conditions at the Techiman Holy Family Hospital and responding to treatment.

The accident occurred when a truck collided head-on with a bus, which was coming from the opposite direction.

Mr Emmanuel Achemapong-Parry, the Bono East Regional Head of the NRSA, who confirmed the story, told the GNA that the bodies of the deceased had been deposited at the hospital's mortuary.