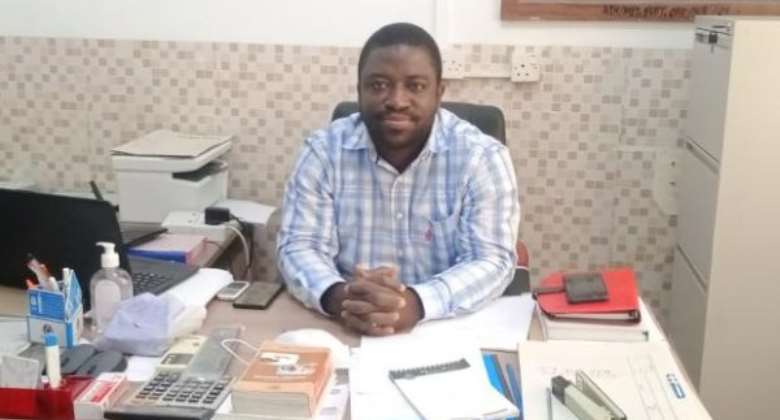 Dr Takyi Duayeden, the Cervical Cancer Specialists Physician at the Abura-Asebu- Kwamankese (AAK) District Hospital, has urged women to voluntarily go for cervical screening to save their lives.

He said early screening could save many women from avoidable deaths and encouraged them to quickly go for the examination in January, which is declared as "Cervical Cancer Awareness Month."

Speaking in an interview with the Ghana News Agency (GNA), Dr Duayeden said though Cervical Cancer was widely known as the second leading cause of death among women, it was treatable at the pre-cancer stage when the Human papillomavirus (HPV) had not developed.

He said the nature of the examination made many women shy away from physical cervix screening.

Other factors inhibiting screening include ignorance and cultural and religious beliefs.

The HPV, he noted, unlike other viruses, were very common and dwelt at the cervix of women during sexual contact, adding that it could be detected through the Visual Inspection using Ascetic acid (VIA) or HPV DNA.

He said January was very critical to the facility because it was the opportune time to enlighten, especially rural actors on cervical and health education.

He said the district hospital would extend the VIA and health education services to areas with no health facilities, screen women at various churches, mosques, markets and training institutions with a focus on women at the pre-cancer stages.

On screening eligibility, he said HPV took 10 to 15 years to develop and hence women between 30 to 60 years qualified to be screened and the process repeated after every three years.

“We are aware children are sexually active these days. Some of them start as early as age 10 to 15; it is purported that if they are even exposed to the HPV, it would have fully developed at age 25 to 30,” he said.

Dr Takyi said women with good immunity clear these HPVs through discharges and fight their remains while others with poor immunity are unable to.

Speaking on signs and symptoms, he said cancer had no signs or symptoms at the pre or post-cancer stage, except in special cases where a woman might witness offensive brownish vaginal discharge, contact bleeding or bumpy growth at the cervix.

“This is not the same with every woman, that is why screening is important, you could be attended to even before it develops into cancer because after cancer has developed it is hard to fight.

“Find any health centre and get screened; do not allow the nature of the process make it appear distasteful to you, take charge of your health and get checked for your good,“ Dr Duayeden said.

Prepare for hunger in Ghana — GAWU warn Ghanaians
49 minutes ago