DA'WA, Its Relevance And Some Qualities Of A 21st Century Da'ee 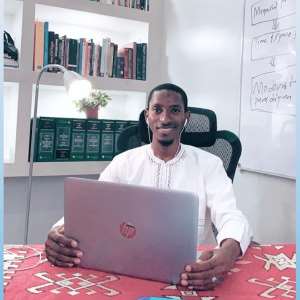 The word Da'wa mostly translated as propagation, invitation, activism, etc. takes its root from the Arabic word Da'aa which means to call or to invite. Technically, Da'wa means to invite people to the realization, understanding and acceptance of Islam; This is done through the promotion of al-Maʼruf (God consciousness and moral conduct) and forbidding al-Munkar (Corruption and moral bankruptcy in all its forms) with the higher objective of building a morally upright community and a divinely guided superstructure that responds to the spiritual and material needs of mankind.

Da'wa therefore should be viewed and approached as a tool for social reform and reconstruction. Just as reformers need to be armed with certain skills and competencies to realize their objectives, men and women in the field of Da'wa also need same and even more due to the gravity of their role.

The significance of Da'wa cannot be overemphasized. It is the mission of Allah (s.w.t) Himself [see Sura10:25] and the mission of all the Prophets/ Messengers of Allah from Nuh (a.s) to Allah's final Messenger Muhammad s.a.w. [see Sura 16:36, Sura 13:7] The Glorious Qur'an and the authentic traditions of the Prophet (s.a.w) attributed numerous virtues to Da'wa and have glorified those who commit their invaluable time and resources to the effort of Da'wa.

In Sura Fussilat 41:33, Allah asked a rhetorical question intended at directing our minds towards the superiority of Da'wa over all other works.

It reads “And who is better in speech than one who invites to Allah and does righteousness and says, "Indeed, I am of the Muslims (submitting to the will of Allah) ”

The question, “who is better... than?” stresses the understanding that no speech can be equated to the speech of a person inviting people to righteousness and good conduct while practicing it himself.

In Sura An-Nahl 16:125, Allah commands the Prophet (s.a.w) and the Believers thus

This verse contains a divine command to the Prophet Muhammad (s.a.w) and his followers to actively engage in the work of Da'wa. It also highlights some crucial elements of an efficacious Da'wa such as wisdom, clarity of speech, logical reasoning and well-coordinated intellectual engagements.

Verse 108 of Sura Yusuf further stressed the importance of Da'wa where Allah commanded the Prophet Muhammad (s.a.w) to proclaim as follows:

“Say, "This is my way; I invite to Allah with insight, I and those who follow me. And exalted is Allah; and I am not of those who associate others with Him.”

In his commentary on the last verse quoted above, the great Qur'anic Exegete, Imam Ibn Kathir elaborated that The Messenger (referring to the Prophet Muhammad upon whom be peace) calls to this testimony (the message of Islam/ Tauheed) with

He emphasized further that the Messenger Muhammad (s.a.w) calls to this way, and those who followed him call to what Allah's Messenger called to with sure knowledge, certainty and evidence, whether logical or religious evidence.

From this, we learn that the mission of Da'wa is very crucial to the survival of the Islamic faith and civilization but most importantly, it must be done with insight which translates into sure knowledge, certainty and firm evidence as highlighted by Imam Ibn Kathir. To word it differently, since the mission of Prophet Muhammad (s.a.w) and his followers is for all mankind and for all times, [see Sura 34:28 & Sura 3:110] then their Da'wa being their primary missionary tool should be one of universality and universal appeal. There has not been a time when the need for sure knowledge and firm evidence is more crucial than our time. We live in times in which the silence of nature is constantly being invaded, deep enquiry into the realities of this material world keeps shooting up astronomically. If therefore there is any community that should embrace fully the pursuit of knowledge, it should be the Muslim community, particularly Du'aat (those in the Da'wa ministry) who serve as the Ambassadors of Islam.

It is instructive however to mention that Da'wa may assume a variety of forms depending on one's capacity and means. It may take the form of preaching, counseling, writing, advocasy, supporting Da'wa activities financially among several others.

In the Qudus International Journal of Islamic Studies [Volume 2, Issue 1, February 2014] it has been finely indicated that the Prophet Muhammad's (s.a.w) missionary work also served as a source of education, counseling, politics, leadership and statesmanship. This was delivered to various people who had different character and nature from various nations, tribes, religions, languages, traditions and cultures. The journal also revealed that the da’wah model of the Prophet Muhammad (s.a.w) in Madina was divided into public relations management system and the system of government and politics.

From the above, it is clear that Da'wa is a multifaceted mission that calls for expertise at various levels. This also should serve as an inspiration to Du'aat (those inviting to Islam) to give their lives to studies and read intensively and extensively in order to be able to present Islam to the current increasingly modernized and globalized world in a language and method it can relate with.

SOME IMPORTANT QUALITIES OF A 21st CENTURY DAA'EE

It is important to emphasize that the message of Islam is and has always been the same but the mode of its delivery may assume different forms owing to the dynamic nature of time and space.

The principles remain the same so whatever is relevant in the time of the early generation is equally relevant today in the form of knowledge, wisdom, inspiration, direction etc notwithstanding some inevitable slight changes in strategies owing to the alternating nature of time and place.

THE 21ST CENTURY DA'EE MUST POSSESS THE FOLLOWING QUALITIES

1. A SOUND RELATIONSHIP WITH ALLAH -

A Daa'ee especially in this age of moral apathy must constantly work on developing a sound spiritual life (ihsan) that keeps his heart firm on the pursuit of Allah's pleasure. This is because the work of Da'wa comes with its many challenges and one of the surest ways to overcome these challenges is having a strong faith in Allah [see Sura 20:46 & Sura 20:68]

The Qur'an in many instances mentioned how the Prophets of Allah will always seek closeness to Allah and His help in their mission.

Islam is a religion of knowledge and holistic development. The Da'ees being Ambassadors of this great faith are therefore seen as the epitome of knowledge and insight. The community has always regarded the position of the Daa'ees as sacred and will not hesitate to seek guidance and counsel from them. In this age of intellectual curiosity where globalization has taken over the world, people are constantly exposed to all sorts of information and awareness, many of which are Islamophobic and misleading in nature. Da'ees therefore cannot afford mediocrity. They should be able to drink deep the ocean of knowledge and pray for divine wisdom to be able to appreciate realities at various levels so as to do due diligence to matters presented to them. It is therefore extremely imperative that the Da'ees learn not only for themselves but for the people they invite and lead to Islam.

Patience is no doubt one of the most important traits every Da'ee must develop. Numerous verses of the Qur'an, Ahadith of the Noble Prophet (s.a.w) and historic accounts of our pious predecessors revealed that Da'wa cannot be successful without patience and perseverance.

In this age where Islamophobia is on the rise, Du'aat need a great deal of patience, perseverance and wisdom to be able to liberate people from their ignorance and rage towards Islam. The Da'ee must fully appreciate the fact that many of the enemies of Islam are doing so only out of ignorance streaming from the hate promoted by the media and if they time is taken to educate them about this beautiful faith, they will have no option but to become its adherents and Ambassadors too.

Daa'ees must learn and possess manners that naturally softens the hearts of people. Human beings in their natural state are affectionately attracted to traits like humbleness, kindness, courtesy, empathy, gentleness, firmness in conviction, etc. This is why the Prophet Muhammad (s.a.w) was highly treasured and respected even before he became a Prophet. His noble qualities won him the title Assuaadiq Al-Ameen – The Most Truthful and The Most Trustworthy. This has also been the reason why many Makkans found it easy to accept his message the very first time he conveyed it to them. The many who rejected it did so not because they thought he was a Liar but because they perceived his message as a threat to their strategic parochial interests.

5. APPRECIATING THE DINAMICS OF TIME AND SPACE (know your generation)

And We did not send any messenger except [speaking] in the language of his people to state clearly for them, and Allah sends astray [thereby] whom He wills and guides whom He wills. And He is the Exalted in Might

The word Lisan goes beyond just language. It comprises of an appreciation of people's culture and civilization.

It is recorded in the Two Sahihs that Jabir said that the Messenger of Allah said,

I have been given five things which were not given to anyone else before me.

Allah made me victorious by awe, (by His frightening my enemies) for a distance of one month's journey.

The earth has been made for me (and for my followers) a place for worship and a purifier.

The war booty has been made lawful for me and it was not lawful for anyone else before me.

I have been given the right of Intercession (on the Day of Resurrection).

Every Prophet used to be sent to his nation only, but I have been sent to all mankind.

NOTE : A Daa'ee of this generation therefore should have an appreciable knowledge in contemporary issues ranging from local and international politics, human rights, global security, poverty, science and Technology, psychology, philosophy, history and civilization,

I am not saying one person should be master of all these Sciences. That may be quite ambitious. What I mean is that as a Daa'ee, you must endeavor to have at least an appreciable amount of knowledge and insights in these contemporary topics as that is what constitute public discourse and that is what shapes the thinking of the 21st century man. Failing to appreciate this means you risk loosing the good attention of this important segment of society.

Our pious predecessors have manifestly demonstrated to us what this means. Of all religions in the world, Islam is the only faith credited with something called "the Golden age"

Take for instance the great Islamic golden age Scholar Ibn Sena. He was an Islamic scholar but also specializes in areas of Medicine, Aromatherapy, Philosophy and Kalām (Islamic ththeology, Science, Poetry among others)

All of these and other notable Muslim thinkers and their works point to the fact that Islam is a religion that promotes Ana deep intellectual culture and Epistemological Integration of knowledge. This approach to thought is more needed in this day and age than ever.

Shaykhul Islam Ibn Taymiyya was an Islamic scholar but that did not prevent him from studying and mastering other sciences crucial to his missionary work. The great work on comparative religious studies "al-Jawāb al-Ṣaḥīḥ li-man baddala dīn al-Masīḥ (The Sound Reply to Those Who Altered Christ's Religion) was authored by Ibn Taymiyya.

All these go a long way to highlight the fact that timely importance of arming one's self with diverse fields of knowledge when doing Da'wa in the 21st century.

May Allah bless us with sound knowledge, understanding and means to convey His message to the entirety of humanity.