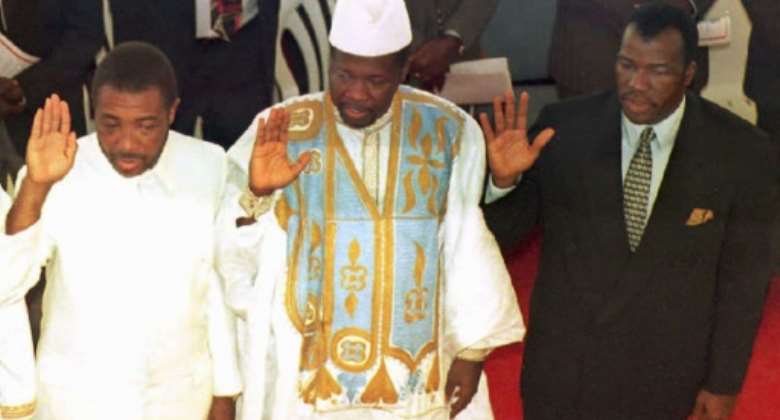 Former Liberian warlord Alhaji Kromah, who once led a rebel group that fought ex-president Charles Taylor, was buried in the capital Monrovia on Wednesday, an AFP journalist said.

Liberia, Africa's oldest republic, was devastated by two civil wars that killed around 250,000 people between 1989 and 2003.

Taylor triggered the conflict when he launched a rebellion in 1989 to oust authoritarian president Samuel Doe, who had murdered the country's previous leader in a bloody coup.

The United Liberation Movement of Liberia for Democracy (ULIMO) was set up to fight Taylor's forces, and was accused of numerous atrocities.

In 2009, Liberia's Truth and Reconciliation Commission recommended that ULIMO's leader, Kromah, be prosecuted for war crimes.

Kromah, who served as an information minister under Doe, later unsuccessfully contested the 1997 presidential election in Liberia, and then became a university professor.

On Wednesday, Kromah was laid to rest in Monrovia, after a ceremony that saw thousands of people gather to pay their respects in a sports stadium in the city, according to an AFP journalist.

Liberian President George Weah said in a statement on Wednesday that he had received the news of Kromah's death "with profound sadness."

The statement added that despite "mixed views" about his record, Kromah had been a pillar of strength for his supporters.

The former warlord reportedly died on Tuesday, it added.

"Let him go meet his maker for his fate," he said.

There are regular appeals to establish a war crimes tribunal inside Liberia, a poor nation of five million people where some ex-warlords remain powerful.

President George Weah has resisted the calls, however.