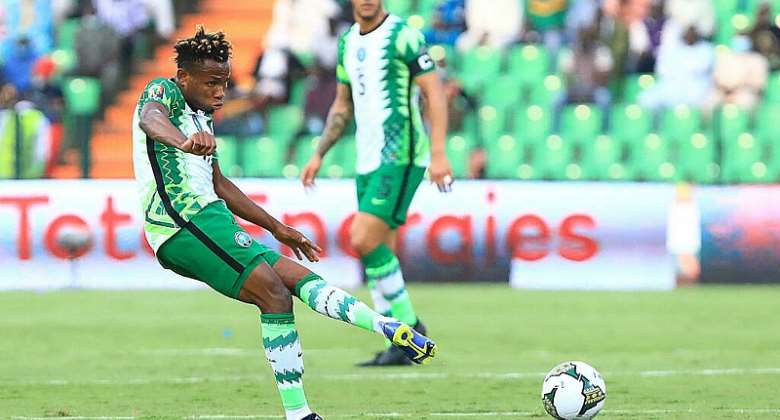 Nigeria boss Augustine Eguavoen vowed his side would maintain their intensity in their final Group D game against Guinea Bissau on Wednesday night even though they have wrapped up top spot.

The Super Eagles claimed the pool following victories over Egypt and Sudan who also play on Wednesday night in Yaoundé.

Even if Egypt beat the Sudanese and Nigeria lose, Eguavoen's men will progress as group winners because of their better head-to-head record with Egypt.

Permutations of the organisers aside, Eguavoen – who took over as interim boss in December after the dismissal of long-time coach Gernot Rohr – said he would brook no complacency from his players.

Challenge
“We're not going to take our foot of the pedal,” said the former Nigeria international.

“We've always respected all of our opponents and we keep respecting them. We're going to approach this game with the same enthusiasm and passion as we had in the first two games.”

Nigeria were a fluid fighting force against Egypt in the opening game in Garoua on 11 January. Egypt star Mohamed Salah was reduced to pot shots as Nigeria's defenders rendered him an isolated and forlorn figure in attack.

Kelechi Iheanacho's sumptuous strike in the first-half separated the sides. And Nigeria continued their dazzling debut with a 3-1 sweep past Sudan four days later.

Nigeria defender William Troost-Ekong echoed his boss. “We've got a great spirit in the team and I think everyone has seen the players are very hungry to improve and work hard.

"Even though the game won't make a difference to us going into the next stage, it's an amazing opportunity for us to work on our team.”

With second-placed Egypt expected to get at least a draw against Sudan at the Stade Ahmadou Ahidjo in Yaoundé, Guinea Bissau will go into the game at the Roumdé Adija Stadium looking for a victory that would take them onto four points and into the running to advance as one of the four best third-placed teams to the knockout stages.

"But we are fighting to stay in the tournament. We believe in ourselves and we must concentrate on what we can do. We are aware that Nigeria have a powerful squad but we will take them on.”

An array of putative minnows have created shocks during the tournament. None more so than Comoros' thrilling 3-2 win over Ghana on Tuesday night in Garoua.

Emulation of such a feat could propel Guinea Bissau into unchartered territory at the continent's most prestigious national team tournament.

"We are motivated to move into the next round," said Guinea Bissau skipper Jonas Mendes.