Owusu Bempah fails to show up for trial, case adjourned to Feb 2 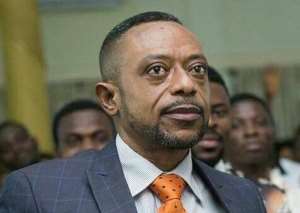 The Accra Circuit Court 2 could not commence the trial of General Overseer of Glorious Word Power Ministry International, Rev. Isaac Owusu-Bempah today, Wednesday, January 19 as had been scheduled.

The Court presided over by Mrs. Rosemary Baah Torsu noted that the accused had written to the Court of his inability to attend proceedings today.

Rev. Owusu-Bempah is standing trial with Michael Boateng, Frederick Ohene, and Nathaniel Agyekum who have all pleaded not guilty to charges of offensive conduct, assault on police officers, and causing unlawful damage.

They are said to have assaulted police personnel who were deployed to invite the reverend minister to assist police in investigating allegations of the threat of death levelled against him.

The Court at the last adjourned date noted that witness statements had been served on the parties, and the prosecution was expected to call its first witness at today’s hearing.