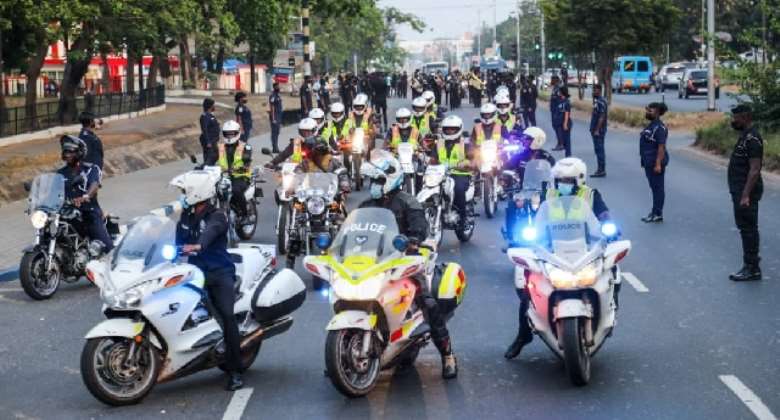 The Ghana Police Service has assured residents of Nima in Accra it is in control of situations and will not give room for criminals to disturb the peace of the area.

The assurance comes on the heels of violence that erupted in the area on Tuesday, 18 January 2022.

Nima witnessed gangsterism and mass violence around 3.30pm when two rivalry groups led by Kumordzi, alias Ibrahim Hussein and Bombom, alias Ali Awudu who have always disagreed on issues went all out on the streets of Nima.

Speaking at a press conference following the clash between the two rivalry groups, Director-General Police Public Affairs ACP Kwesi Ofori explained that: “The Police quickly and immediately intervened by disengaging that violence. The violence spread across some sections of Nima and the intervention force have to manage the situation carefully, they managed to stabilise the situation.”

ACP Ofori disclosed that 7 persons had been arrested in connection with the violence.

“Seven people have been arrested, five are presently here with us and the other two are on admission under Police guard.

“We are pursuing the criminals in and around Nima and its environs to make sure that we get them arrested to enable them face justice.”

He added that: “We are in control, and we will like the good people of Nima know that the Police will be there at all times to protect lives and property and that we will not give room for criminals to disturb the peace and security of Nima.”

The Police also indicated that it will commence investigations into the matter and ensure the culprits are punished accordingly.