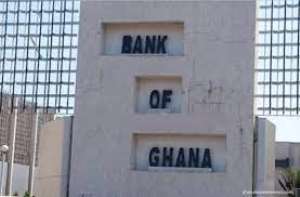 The Bank of Ghana (BoG) has rubbished reports that it has recently embarked on a mass dismissal of staff found to have presented fake documents for employment.

The Bank says it is not true that 90 percent of recently recruited staff were found to have presented fake certificates.

This is contained in a press release issued by the Central Bank after citing reports on social media that it has sacked 90% of newly recruited staff.

“The statement circulating on social media is twisted to misinform the general public. It is not true that 90 percent of recently recruited staff were found to have presented fake certificates,” part of the release from the BoG has said.

The Bank of Ghana explains that the incident being referred to involves two members of staff whose appointments were terminated for providing fake certificates as part of their employment documentation.

Even with that, the BoG says it was part of due diligence processes during a routine post recruitment check.

“The Bank of Ghana wishes to put on record that dismissals are a regular Human Resources management function for staff whose conduct is unsatisfactory or have committed an offence, as stipulated in the Bank's handbook on Human Resource Policies,” the BoG statement concludes.