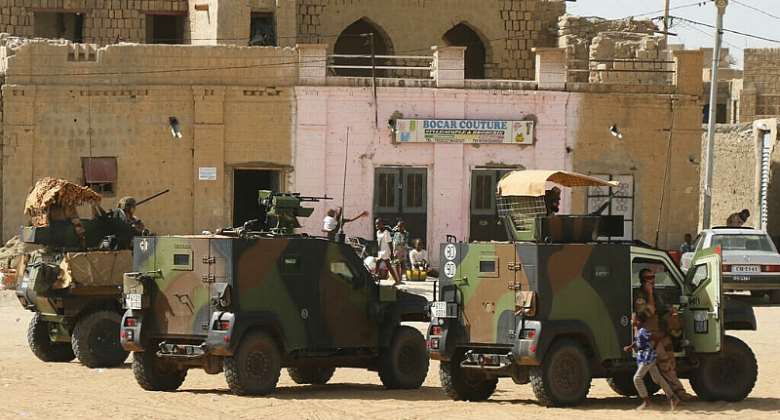 Mali has asked France for a review of bilateral defence agreements against the backdrop of growing tensions between Paris and the ruling junta in Bamako, a French diplomat has said.

The diplomat told Frech news agency AFP that France was "examining" the request, without detailing its contents.

Malian Prime Minister Choguel Kokalla Maiga on Saturday said on state television that the accords were "unbalanced", remarking that Mali "cannot even overfly its territory without France's permission".

A military operation launched by France in January 2013 to fight jihadists in Mali - first called Serval, then Opération Barkhane - falls under the bilateral accord reached in March 2013.

Meanwhile, bilateral relations have been strained over the presence of Russian mercenaries from the Wagner group in Mali and French moves to reorganise its military presence in the country.

France has thousands of troops in Mali and neighbouring Sahel countries in West Africa as part of an anti-jihadist force.

Last week, Foreign Minister Jean-Yves Le Drian said France planned to stay in Mali, "but not under any conditions".

Last week Mali's regional neighbours closed their common borders after the Economic Community of West African States (Ecowas) slapped new sanctions on Bamako for its failure to stick to a timetable for returning to civilian rule.

Even after years of a foreign troop presence, jihadists operating in the Sahel between Mali, Niger and Burkina Faso have continued with deadly incursions against both security forces and civilians.