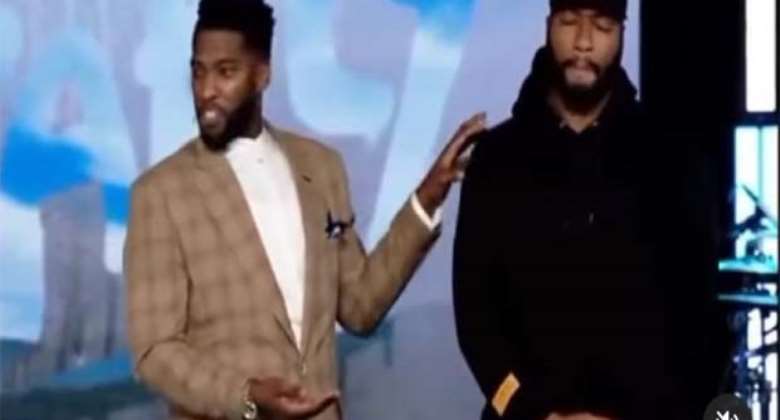 Lead pastor at the Transformation Church in Tulsa US, Mike Todd has gone viral on Twitter after rubbing his spit on a church member's face during a service on Sunday.

In a video released by the church on it’s website, Pastor Todd is seen spitting in his hand and rubbing it all over a man’s face during his sermon.

In the video that has gone viral, pastor Todd demonstrated the idea that “receiving a vision from God might get nasty.”

Many people in the audience are heard letting out prolonged “ewws” or “oh my gosh,” in surprise and disgust.

He continued: “How you just reacted is how the people in your life will react when God is doing what it takes for the miracle.”

According to TMZ the man in the video is Todd’s brother.

But Twitter users have criticized Pastor Todd for the demonstration with many questioning his bizarre, non-Covid friendly sermon practices.

A Twitter user @jemelehill said, “Had never heard of “Pastor” Mike Todd before today. But I truly understand now why the elders used to frequently tell us that we're in the last days.”

Another user @shanellegenia said. “Just saw why Mike Todd is trending and I- God wasn't nowhere in that.”