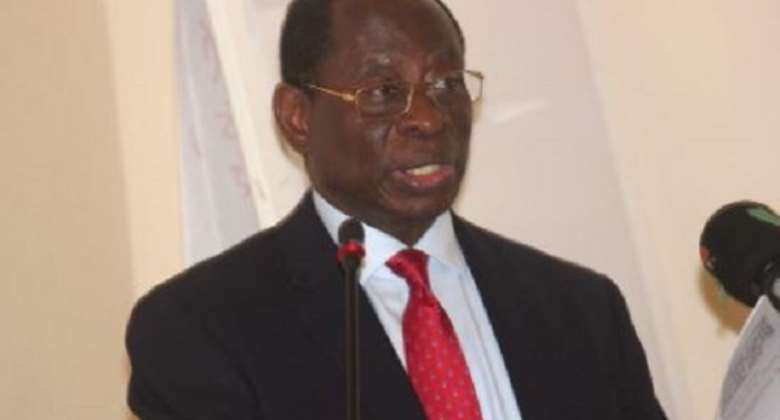 A former flagbearer aspirant of the governing New Patriotic Party (NPP), Dr Kofi Konadu Apraki, has said President Akufo-Addo did not invite him to join his government since winning the presidency in the 2016 polls.

The economist and former Offinso North MP, told Accra-based Asempa FM’s Ekosii Sen programme on Tuesday, 18 January 2022 that he would have accepted an appointment from Mr Akufo-Addo had there been an offer.

“I have worked with the president since the early days of the formation of the Danquah-Busia-Dombo tradition and we all belonged to the late Adu Boahen stock”, Dr Apraku said.

Dr Apraku, who once served as a campaign manager of Mr Akufo-Addo’s team, said he would have loved to serve under the president but no such offer was made to him.

He said after waiting for an appointment in vain, he jumped at an opportunity to work as a Commissioner with the Economic Community of West African States (ECOWAS) Secretariat in Abuja, Nigeria.

“Per the rules of engagement, I was not supposed to dabble in local politics, hence me missing from the campaign for the 2020 general elections”, he explained.

Dr Apraku also revealed that he was lacing his boots for the flagbearer race of the NPP ahead of the 2024 polls once the official green light is given.

Dr Apraku, who claims he introduced the National School Feeding Programme in collaboration with the Netherland Ambassador to Ghana while he was the Minister of New Partnership for Africa’s Development (NEPAD) in the Kufuor administration, said: “If anybody should lay claim to serving the party so well, …it is Dr Konadu Apraku”.

“I did not see any of these personalities now jostling to lead the party when the party was being formed in the early days”, he argued.

He expressed confidence of victory after having failed in his past three attempts.

Dr Apraku urged the NPP delegates to elect the best candidate with the capacity to deliver so as to break the eight rather than opting for “the man of the moment”.

He stressed that political parties “choose people who can win”, pointing out: “We do not experiment with an election”.