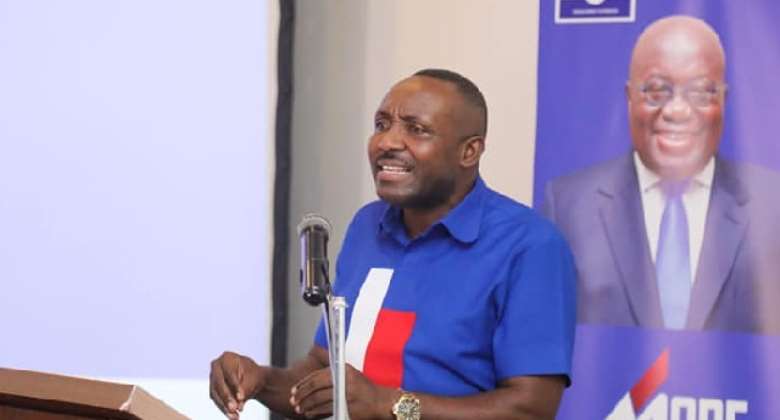 General Secretary of the governing New Patriotic Party (NPP), Mr John Boadu, has denied a pro-Alan Kyerematen group’s allegation of discriminatory application of the party’s code of conduct vis-à-vis its internal race for a flagbearer.

According to Mr Boadu, until the party opens nominations for its presidential primaries, the party does not recognise any aspiring flagbearer.

Mr Boadu said this in a statement signed by his Press Secretary Iddi Muhayu-Deen dated 17 January 2022, in reaction to claims by some supporters of Mr Kyerematen that they are being victimised by the party.

"The General Secretary also categorically denies the group’s allegation of discriminatory application of the code against the supporters of Alan Kyerematen as a presidential hopeful. In any case, until the party opens the nomination for presidential primaries, there cannot be any aspiring presidential candidate duly recognised by the party", the statement said.

The attention of the NPP General Secretary, John Boadu, has been drawn to a press conference on January 12, 2022, by a group purporting to be a pro-NPP group, calling themselves, the Ashanti Patriots Movement, where they made some wild claims in respect of the party’s forthcoming internal elections including the next presidential primaries of the party ahead of election 2024.

The group also took issues with the party leadership particularly the General Secretary, John Boadu, whom they asked to resign if he was unable to enforce the CODE OF CONDUCT issued under his hand.

The gravamen of the group’s claim was that, supporters of Hon. Alan Kyerematen was being victimized with suspensions for merely declaring support for the trade minister, whereas those who declared support for the Vice-President, H.E Mahamudu Bawumia, in clear breach of the code, were not visited with similar sanctions.

On the basis of this, the group contended that it would be difficult if not impossible for the NPP to break the 8, as their members may be forced to vote against whoever the party brings as Presidential Candidate in the 2024 General Elections.

The General Secretary wishes to respond as follows:

First of all, the said group is alien to the NPP and has never been part of the party’s volunteer groups in any previous elections. In fact, the convenor of the group, Emmanuel Osei-Gyamfi, who addressed the presser, is NOT even a member of the Party.

Records show that he voluntarily forfeited his membership of the NPP (even if he ever was), when in 2020, he filed to contest as an Independent Parliamentary Candidate in the Atwima Nwabiagya North Constituency of the Ashanti Region.

How can somebody who is not a member of the NPP, purport to lead a group in the Party to fight for the interest of Alan Kyerematen?

It is not surprising that the group would threaten that they may vote against the party’s Presidential Candidate in 2024 if their concerns were not addressed.

Certainly, the group can only be said to be on a mischievous and destructive mission, and it will be in the interest of Mr Alan Kyerematen to dissociate himself from such a diabolic agenda against the NPP.

The General Secretary also categorically denies the group’s allegation of discriminatory application of the code against the supporters of Alan Kyerematen as a presidential hopeful. In any case, until the party opens the nomination for presidential primaries, there cannot be any aspiring presidential candidate duly recognised by the party.

It is also to be noted that when party members are suspended on allegations of misconduct, as in the case of what happened in the Northern Region, the party's constitution provides the aggrieved members with a remedy in Article 4.

The party’s disciplinary and grievance procedures do not permit the General Secretary to directly interfere in disciplinary matters at the constituency and regional level until the necessary processes are initiated to invoke the jurisdiction of the National Disciplinary Committee and the National Executive Committee.

Equally, the Code of Conduct launched by the party in July 2021, expressly provides a clear procedure for handling alleged breaches of party rules, which, however, do not derogate from the provisions in Article 4 of the Party Constitution.

Finally, the General Secretary wishes to use this opportunity to reiterate the party’s caution to individuals wishing to lead the party in the future to take the necessary steps to rein in their supporters.

They should not allow their individual ambitions to affect the party’s forward march.

The party is resolved to crack the whip when it becomes necessary in order to ensure party discipline and sanity, which are the essential prerequisites for victory in 2024.