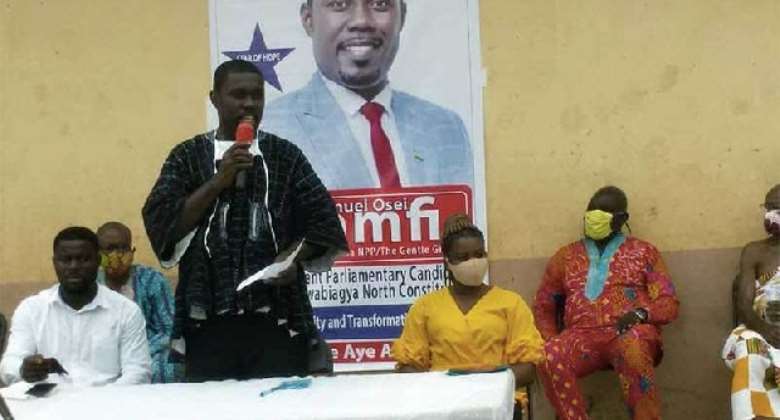 The convener of a group calling itself Ashanti Patriots Movement (APM), which is pushing for the presidential ambitions of the Minister of Trade and Industry, Alan Kyerematen, has rubbished claims by the General Secretary of the governing New Patriotic Party that he is not a member of the party.

According to him, as a level 100 student, he managed the affairs of TESCON to the admiration of the press secretary to the General Secretary of the NPP, Mr Iddi Muhayu-Deen, who recently issued a statement on behalf of his boss challenging his membership of the party.

He reminded the General Secretary and his cohorts that in the year 2016, he single-handedly set up the Unemployed Graduates Association of Ghana and did the bidding of the current President during the 2016 general elections to the admiration of the then-National Organiser of the party, Mr Sammi Awuku among others in the party.

“I have played my role in the development of the youth front of the NPP; so, it can’t be said that I'm an alien in the party,” he stressed.

He revealed that in the 2020 general elections, he contested as an independent candidate in the Atwima-Nwabiagya North Constituency of the Ashanti Region and polled over 20,000 votes because the leadership of the party denied him the chance to contest the primary on the ticket of the NPP.

Mr Gyamfi explained that this arose because the party was protecting the sitting Member of Parliament for the area, Mr Benito Owusu-Bio, who is the deputy minister of Lands and Natural Resources and a son of a member of the Council of State.