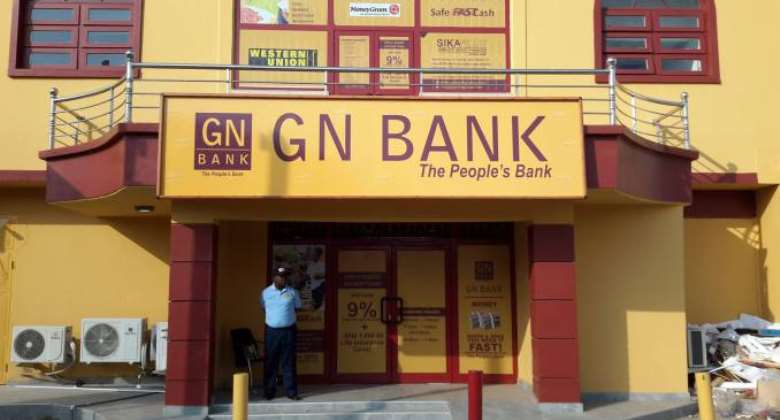 The Progressive Peoples Party (PPP) has in a statement appealed to President Nana Addo Dankwa Akufo-Addo to help GN Bank regain its license.

The party argue that before GN Bank lost its license, it had invested so much in technology which had helped to expand to even rural communities across the country.

Insisting that the facilities worth millions of cedis are now just rotting away, PPP believes they could come in handy if the license of the bank is reinstated.

“We now wish to refer to GN Bank and BlackShield both with Dr. Papa Kwesi Nduom as a shareholder. We cannot fathom why such a bank that was clearly thriving prior to 2017 could be shut down so abruptly. We know that the liquidity crisis that faced the bank was contrived and allowed to fester by government agencies withholding funds owed by contractors.

“We hereby make a special appeal to the H.E. the President of the Republic to use his authority to cause the reinstatement of the GN Bank license. Many of the communities are still without a licensed financial institution. Many valuable assets are simply rotting away. The economy has not grown to absorb the thousands that were abruptly thrown out of jobs,” a statement from PPP dated January 18 has said.

GN Bank, a Ghanaian bank with Dr. Papa Kwesi Ndoum as a majority shareholder was downgraded to a savings and loans company by the Bank of Ghana after it failed to meet the GHS400 million minimum capital requirement.

After what ensued as a tussle with government during the financial sector cleanup exercise, the bank eventually lost its license after it was revoked by the central bank.

Read the full statement from PPP below:

The Akufo-Addo Administration is the government of the day under whose tenure these problems have been created by its agencies, ministers and officials. Therefore, we demand urgent action by President Nana Akufo-Addo to solve the problems caused by his government.

We demand urgent action as follows, in priority order:

Pay all the customers of all regulated financial institutions whose licenses were revoked by government regulators, without conditions.

Restore contracts of Ghanaian contractors canceled or suspended because they could not source additional funds to continue the work; and pay the debts (including interest) of the contractors owed to the financial institutions as a result of non-payment over the years. It is our estimate that these amounts could be as high as GHC10 billion.

Give credit to the financial institutions affected for the debts accumulated (including interest) from financing contracts awarded by state agencies.

There are indisputable facts that we have taken time to validate. They include the following:

Contrary to the impression given by the Governor of the Bank of Ghana, the Receivers and other officials, not all customers of the banks and non-bank financial institutions have received their deposits. Unfortunately, a huge lie has been told to President Akufo-Addo in this regard.

The decision not to pay investments of BlackShield/Gold Coast customers until that company is liquidated does not hold water. The owners of banks and non-bank financial institutions have taken the Bank of Ghana and the Receivers to court to challenge the revocation of licenses. Yet, the customers are being paid. What is good for one is good for the other. Besides, by agreement the customers of fund management companies have been made to sign, they have become customers of a different fund manager approved by the Securities & Exchange Commission (SEC). The payments have been guaranteed to the customers per that agreement executed between the affected customers and the Amalgamated Fund managed by GCB Capital. In effect, the affected customers are no longer customers of Gold Coast/Blackshield, but they are customers of GCB Capital.

The President, the Vice President, the Minister of Finance, the Minister of Works & Housing and Roads & Highways have all admitted publicly that indigenous Ghanaian contractors are owed significant sums of money. The Ministry of Finance & Economic Planning led by Mr. Ken Ofori-Atta has been selective in determining which contractors to pay and which ones not to pay. It has directed funds to financial institutions such as Fidelity Bank to pay contractors bypassing the original lenders. This has the potential of denying the original lenders funds due them and likely to cause huge judgements debts and financial loss to the state.

We now wish to refer to GN Bank and BlackShield both with Dr. Papa Kwesi Nduom as a shareholder. We cannot fathom why such a bank that was clearly thriving prior to 2017 could be shut down so abruptly. GN Bank invested heavily in technology to enable it to reach 300 locations all over Ghana. It had all manner of infrastructure paid for with valuable shareholder funds including that of a foreign-owned organization. The bank gave good jobs to over 6,000 men and women across the country and supported the business aspirations of many people. It made banking safe for over one million customers. We know that the liquidity crisis that faced the bank was contrived and allowed to fester by government agencies withholding funds owed by contractors.

We hereby make a special appeal to the H.E. the President of the Republic to use his authority to cause the reinstatement of the GN Bank license. Many of the communities are still without a licensed financial institution. Many valuable assets are simply rotting away. The economy has not grown to absorb the thousands that were abruptly thrown out of jobs.

There are thousands of soldiers, police officers, judges, teachers, civil servants, business people and people from all walks of life whose life savings are locked up as a result of SEC revoking fund managers’ licenses. We make another appeal to the President of the Republic to direct SEC to make sure that all customers of fund managers including Gold Coast/BlackShield are paid their investments without conditions. Thankfully, Parliament in 2021 approved funds to be used to pay customers of ALL fund managers whose licenses were revoked. Government has perpetual life but human life is limited. Some have lost their lives already. The President must intervene with his full executive authority to cause the Finance Minister to make payments to these affected customers who are suffering unnecessarily because of the politics of selective payments to preferred contractors.

Finally, we wish to use this opportunity to ask the President to re-examine the method being used in the financial sector to determine the minimum capital requirements of financial institutions in Ghana. The fixed minimum capital approach adopted by the Ministry of Finance is archaic and discriminates against smaller companies. The modern world uses a flexible risk-based capital method that allows regulators to ensure that financial companies have the right capital to match the business they write and the deposits they collect. We suspect that the one-size-fits-all minimum capital approach adopted by the government is a deliberate tool employed to put the new capital beyond the reach of targeted indigenous business entities in order for elements in government to have a basis to revoke their licenses.

The President and his lieutenants must always put the interest of Ghanaians first in all their deliberations and their decision-making including the application of regulatory minimum capital requirement for regulated financial institutions. A fixed minimum capital requirement for all financial institutions irrespective of their sizes and risk is a bad policy and the President must review same.

We are confident that the President will intervene in these matters to end the pain and suffering of customers, protect indigenous companies and save the much-needed jobs for the betterment of the Republic of Ghana.

May God Bless Our Homeland.

Akufo-Addo cuts sod for $90million University of Engineering...
26 minutes ago