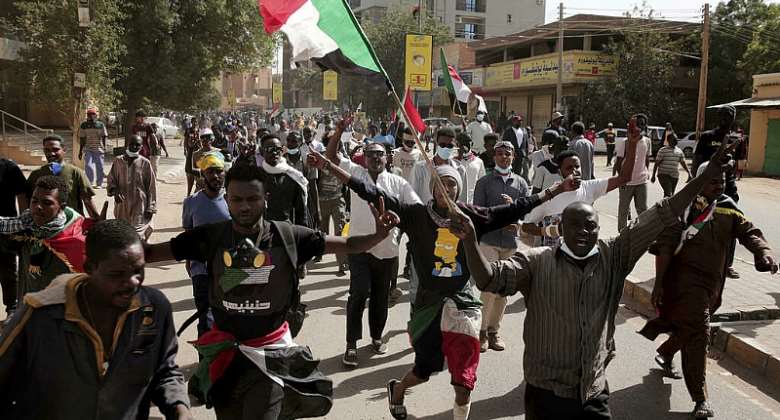 Sudanese forces opened fire on demonstrators Monday, killing seven people, making it one of the bloodiest in a string of protests following a military coup in October.

The violence comes ahead of a visit by US diplomats who will attempt to broker an end to the months-long crisis in the country.

Security forces fired tear gas as they blocked thousands of protesters from advancing on the presidential palace in the capital, Khartoum, on Monday.

The Central Committee of Sudanese Doctors, a group of medics aligned with the protest movement, said security forces used ammunition and stun grenades.

The head of the UN Integrated transition Assistance mission Sudan (UNITAMS) condemned the "continued use of live ammunition" to put down the protests.

Nine UN Security Council members, including Britain and France, urged all parties in Sudan to "refrain from the use of violence", stressing the importance of "peaceful assembly and freedom of expression".

Medics say at least 71 people have been killed by security forces since the army took over on 25 October.

Since the coup, protesters have regularly taken to the streets to demand civilian rule, despite the security clampdown and periodic cuts to communications since the coup lead by General Abdel Fattah al-Burhan.

Burhan held an emergency meeting on Monday with security chiefs who blamed the "chaos" on protesters who "deviated from legitimate peaceful demonstration".

Protest organisers announced two days of strikes and civil disobedience following what they called a “massacre”.

US to try to mediate

The US envoy to the Horn of Africa David Satterfield and Assistant Secretary of State for African Affairs Molly Phee are expected in Sudan in coming days, in a bid to "facilitate a renewed civilian-led transition to democracy", the US State Department said.