A/R: Three arrested in murder of teenage boy at Nhyiaeso 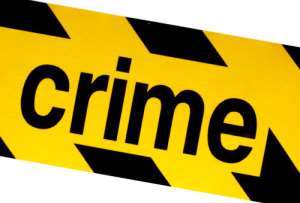 Three peesons suspected to be Fulani herdsmen have been arrested at Nhyiaeso in Asante Akyem North District, Ashanti Region over the death of a teenage boy.

The deceased boy, identified as David Anariya was butchered by some people on Monday, January 22, 2022, over reasons yet to be uncovered by the Police.

Although the Police subsequently took over the matter after conveying the mutilated body of the 15-year-old, the irate youth took matters into their own hands.

They pursued and arrested three suspects believed to have been involved in the heinous crime.

According to Mr. Francis Oti Boateng who is the Asante Akyem North Chairman of Municipal Security Council (MUSEC), the suspects were later handed over to the Police.

“The situation is under control because the suspects have been captured and further details to ensure proper prosecutorial processes to put the suspects behind bars to deter recurring of such acts,” he told Akoma FM.

Recounting what really happened, Mr. Francis Oti Boateng said, “on Monday afternoon, the victim together with his two brothers were drawing water from a stream at Nhyiaeso, then the suspects from nowhere unleashed their cutlasses on them but luckily enough two of the three victims ran leaving the eldest [deceased] behind who was left at the mercy of extreme cutlass wounds and bled to death”.