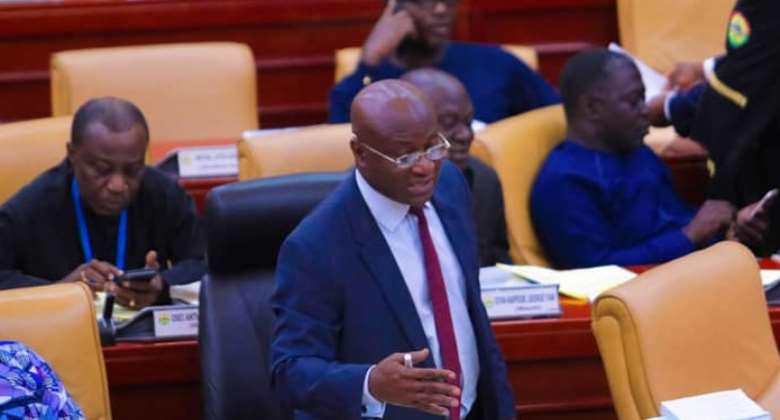 The Majority Caucus in Parliament has hit back at the Minority for alleging that the withdrawal of military guards detailed at the Speaker, Rt. Hon. Alban Bagbin is politically motivated.

The Ghana Armed Forces in a letter to the Speaker has withdrawn four military officers who had been attached to his office without recourse to proper procedure.

Reacting to the news, the Minority Caucus on Monday issued a statement insisting that GAF's action is politically motivated and an attempt by the government to diminish the confidence of the Speaker of Parliament.

Appalled by the claims, the Majority in Parliament also issued a statement rubbishing those allegations.

The Majority Caucus while describing the claims by the Minority as propaganda has dared MPs on the opposition MPs to present evidence to prove their allegation.

“Now he Minority Caucus' statement states that the action by the military High Command is politically motivated. What is the proof? Or is it the case that they consider that since the Rt. Hon. Bagbin is NDC he is there to do the bidding of NDC and hence any critique of the Speaker or any action aimed at the Speaker is a critique of or action against the NDC, and therefore should be considered as being politically motivated? The people of Ghana know better and certainly can make the distinction between truth and sheer propaganda,” the Majority statement has said.

The Majority notes that in the history of the Fourth Republic, Rt. Hon. Alban Sumana Kingsford Bagbin has been served with the largest number of security personnel for his protection which none of the previous Speakers had.

Below is the Majority Caucus statement:

Serwaa Broni attack: Give us information to impeach Akufo-Ad...
30 minutes ago