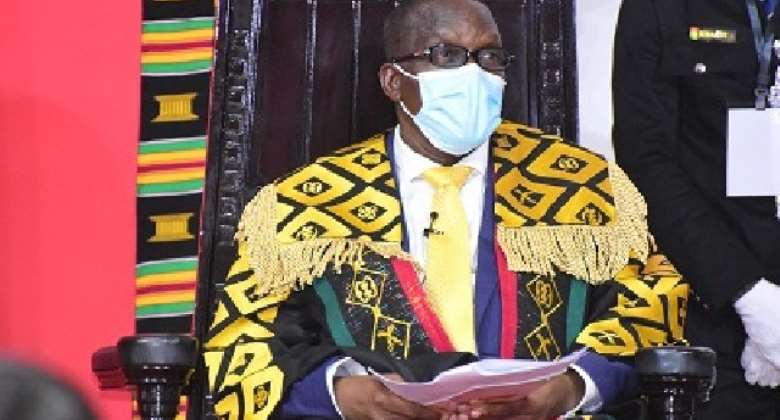 A former Deputy Minister in the first term of president Nana Akufo-Addo has blamed the leadership of the National Democratic Congress (NDC) for jeopardizing the security fabric of the Speaker of Parliament, Alban Bagbin.

According to Major (Rtd) Derek Oduro, the letter purportedly written to the Speaker by the military high command announcing the removal of the military detail on the basis that they were improperly assigned was leaked to the press by the NDC leadership in Parliament.

He added that the document to the Speaker’s office was a classified document that should not be leaked to people who do not need to know.

The former Deputy Defence Minister who was one-time the governing New Patriotic Party’s (NPP) Member of Parliament for Nkoranza North Constituency said this in an interview with Kwame Obeng Sarkodie, host of Ghana Yensom morning show on Accra 100.5 FM on Monday, January 17, 2022.

“The military as a body detest being drawn into petty politics,” he cautioned.

He further extricated the military from any wrongdoing in the matter of the improper assignment of the military details as part of the security of the Speaker of Parliament.

He maintained that “There had not been any Speaker of Parliament who had military details in the history of protection for Speakers since the advent of the 1992 Constitutional dispensation. All Speaker’s had police protection as part of the Article 71 office holders”.