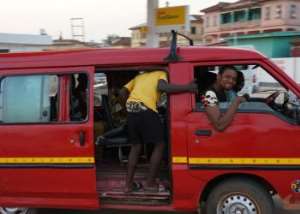 The leadership of the Concerned Drivers Association of Ghana says they will join a meeting scheduled for today, Tuesday, by the Coalition of Transport Operators on their next line of action following the recent increase in fuel prices.

This follows the association's decision to rescind its planned action of increasing transportation fares by forty percent.

In an interview with Citi News, spokesperson for the Concerned Drivers Association, David Agboado, said the meeting will determine whether the drivers will increase transport fares or embark on a strike.

“We are not the only affected ones. There are other parties involved. We have been considerate till this point. Though we have backed down on our earlier decision to increase transport fares by 40%, we are still seeking to get the government to reduce or slash some nuisance taxes on fuel.”

“There are two options here, we either embark on an industrial action or increase transport fares. To the best of our knowledge,a increasing transport fares will not help anyone, not even us [The transport operators].We are thus engaging the government to get it reduce this ridiculous fuel prices.”

The Concerned Drivers Association of Ghana last week rescinded its decision to increase transport fares by 40% from Monday, January 17 after the price of a litre of fuel crossed the GH¢ 7 mark

The group had earlier indicated that the decision to increase transport fares has been necessitated by the economic hardship the country was facing and its negative impact on their work.

Already, other associations including the Ghana Private Road Transport Union (GPRTU) have dissociated themselves from the fare increment, indicating that they are still in negotiations with government to scrap some levies on petroleum products.

The leadership of the Concerned Drivers’ group agreed that the scheduled increment be put on hold pending further engagement with the various stakeholders.