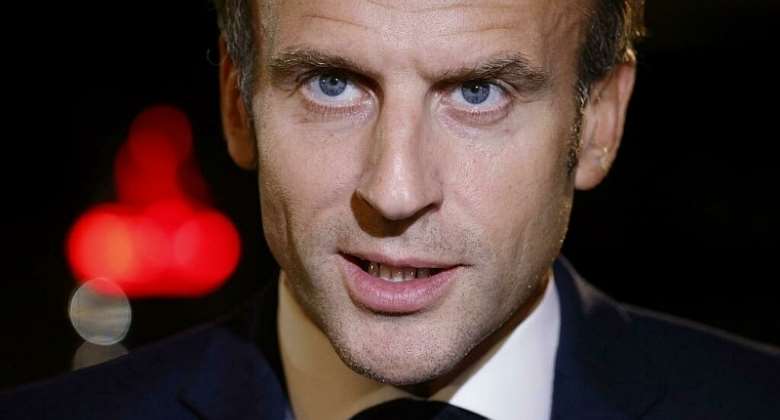 President Emmanuel Macron caused a stir when he said his Covid strategy was to "piss off the unvaccinated, to the bitter end", spurning around 10 percent of the French population in the process. It's an unusual decision for a head of state, but it could reap rewards for a presidential candidate.

The French government has made vaccination the cornerstone of its strategy in tackling the Covid-19 pandemic, and its policies have convinced most people to get the jab.

In a recent interview Macron lashed out at the recalcitrant 10 percent of those eligible, calling them “irresponsible” and “non-citizens”, implying that they were putting other peoples' lives in danger.

There is no doubt French hospitals are under strain, and health Ministry data shows a large number of Covid patients in intensive care are unvaccinated. The majority of those who have died with Covid recently have not been vaccinated.

But that does not mean the unvaccinated are solely responsible for the continuing circulation of the virus and skyrocketing infection rates.

Recent research shows that while vaccination can reduce the viral load by between 30-40 percent, it does not prevent infection, and therefore transmission. Vaccination alone won't be enough to break the fourth wave a leading researcher said in July last year.

“The government gives the impression it wants to get rid of all the responsibility [for the health crisis] and put it on the shoulders of the unvaccinated," says political scientist Philippe Moreau-Chevrolet.

Listen to the interview with Philippe Moreau-Chevrolet in the Spotlight on France podcast:

Who are the unvaccinated?

Macron and the government depict the five million or so unvaccinated people as all anti-vaxx,

They do make up the hard core, and many have very demonstrated against the vaccine, the Covie health pass and Macron himself most weekends over the last several weeks.

Opposition recently took a more sinister turn as some MPs from the ruling party were targetted and sent death threats in protest at a government bill to transform the health pass into a vaccine pass.

Parliament passed the new legislation, which effectively bars the unvaccinated from many spheres of public life, on Sunday.

But recent data gathered by France's health and medical research institute (Inserm) found that of the people who rejected vaccination, only a third were hardline anti-vaxxers. Others were sceptical and needed convincing.

Significantly, around 40 percent of unvaccinated people were out of the system, including "migrants, the elderly, those living in remote areas,"  sociologist Jeremy Ward, one of the key researchers, said in an interview.

For Hélène Rossinot, a doctor in public health,  it was "too simplistic to assimilate anti-vaxx and unvaccinated", given that vaccination is not equally accessible to all.

She also highlighted that France's vaccination campaign is geared towards people online, which is "totally anachronistic for some people".

A number of doctors and health professionals have underlined that insulting and shaming the unvaccinated will not improve vaccine uptake, and could have the opposite effect.

"Rule number one in the handbook of things to avoid is being confrontational or insulting the public," said Ward, adding you have to take people's doubts seriously, otherwise "it's counter-productive".

Macron's strategy in using crude language and insulting the unvaccinated is clearly elsewhere.

The use of a strong swear word in the interview "had no sanitary implications; it was designed to produce an electoral result," Moreau-Chevrolet told RFI. “Macron was dog-whistling his electorate.”

While Macron still has not thrown his hat into the election ring, he has said he "wants" to run, and his "piss off the unvaccinated" strategy appears to show he's starting to gather votes.

"Polls show 84 percent of Macron's supporters back his comments, as do a large part of the right," Moreau-Chevrolet explains.

"He wants to appear as the only credible candidate for the next elections, and [targetting] the anti-vaxx is just a tool he uses to give the impression that he's the only white knight able to fight."

Singling out a minority is a populist technique, tried and tested by the likes of Hungary's Victor Orban, Boris Johnson in the UK, and former US president Donald Trump.

“It always works in politics to single out a minority of the people," the political scientist says, "but it's not a very democratic thing to do."

Moreau-Chevrolet also reckons Macron's comments could damage his image long term. They were in marked contrast to a televised speech on 15 December in which he appeared apologetic and called for people to come together.

"He asked us to love each other, and then soon after he's telling us to hate a part of the population that is 'responsible for our problems'," says Moreau-Chevrolet.

The President's comments are adding to divisions among French people which the country could well do without.

"Emmanuel Macron is not the president of all the French anymore, he is the candidate of the majority, at least that's what he wishes," Moreau-Chevrolet concludes.

And that candidate has opted for an electoral strategy which, if it works, will be "at the expense of our common social fabric".