Nat Nuno Amarteifio, former Mayor of Accra to be buried on Friday 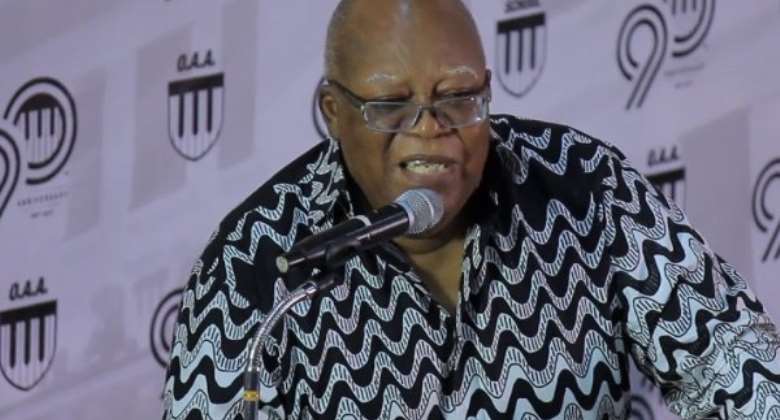 The funeral rites of the former Mayor of Accra, Nat Nuno-Amarteifio, has been slated for January 21, 2022, the family has said.

The Head of the Amarteifio family, Retired Major Amarkai Amarteifio, on Wednesday, told a delegation led by the Chief Executive of the Accra Metropolitan Assembly (AMA), Madam Elizabeth Kwatsoe Tawiah Sackey, that: "The late Nuno-Amarteifio will be interred on Friday, January 21 and the body will be laid in state for filing past at the Lashibi Funeral Home."

He said an interdenominational church service would be held after interment at the Ridge Church on January 23, 2022, at 7 am.

The delegation also included some Assembly Members as well as Heads of Departments of the AMA.

Mrs Sackey eulogised the late former Mayor and expressed her condolence to the bereaved family and pledged support for a befitting burial.

“A giant has fallen, a mighty man is gone, oh my Uncle, my Daddy, my friend, my counsellor, so soon you have left us, well God knows why, and we cannot question Him... Daddy Rest in Peace," she wrote in a book of condolence.

The late Nat Nuno-Amarteifio was an architectural historian and a writer.

He worked in the United States of America, Canada before returning to Ghana as an architect and consultant.

He served as the Mayor of Accra between 1994 and 1998 under the erstwhile late Jerry John Rawlings administration and passed away on Monday, December 20, 2021, in Accra after a short illness.