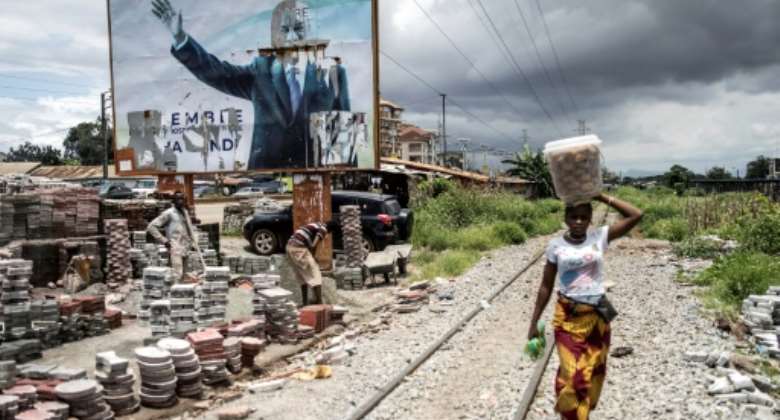 Alpha Conde was deposed as president of Guinea in a coup last September. By JOHN WESSELS AFPFile

Local news website Guineenews reported that the ex-president had boarded a plane to the United Arab Emirates.

AFP was unable to independently confirm his destination, and there has been no government declaration about Conde leaving the country.

However, a high-ranking official at the foreign ministry, who requested anonymity, told AFP Conde had left Guinea.

And an official on duty at the airport in the capital Conakry, who requested anonymity too, also said he had left on a private plane.

The release of the 83-year-old Conde was one of the demands made by the West Africa bloc ECOWAS after last year's coup, along with the holding of elections within six months.

Conde, who governed Guinea for about a decade, sparked mass protests in 2020 after pushing through a constitutional change that allowed him to seek a third presidential term.

He then won a violently disputed election in October that year, which the political opposition denounced as a sham, while dozens of protesters were killed in nationwide unrest.

On September 5, 2021, young army officers under Colonel Mamady Doumbouya deposed the president in a putsch.

Conde was then held incommunicado for 12 weeks before the junta allowed him to stay with his wife in the suburbs of Conakry.

On December 31 he was granted authorisation to travel abroad for a month to seek medical care.

However, his departure comes after Guinean legal authorities this month opened a probe into alleged crimes committed under his rule.

A former opposition activist who spent decades in exile, Conde became Guinea's first democratically elected president in 2010, and was re-elected in 2015, sparking hopes of a new political dawn in the former French colony.

Reclassify Achimota forest as reserve; it's a dangerous prec...
14 minutes ago

Wheels of Justice turn fast against Vormawor but slow for Ma...
14 minutes ago