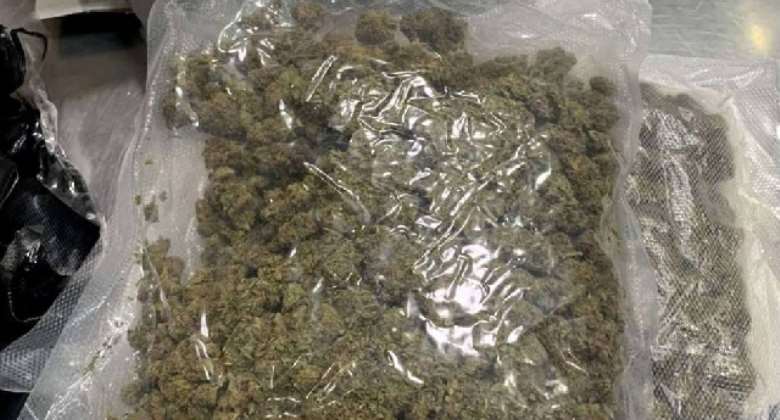 The Weija Divisional Police Command in the Greater Accra Region through vigilance has busted a suspect, Christian Danso, aged 20 years, for smuggling substances highly suspected to be narcotic drugs into the police cells at the Weija toll booth area on the Accra-Kasoa highway.

On January 12, 2022, police personnel while on duty at the Weija Toll Booth Station, sensed the smell of smoke coming from the direction of the cells.

“Immediately, the men on duty conducted a search in the cell and discovered a substance hidden in a blanket being used by inmates who were on remand,” the Regional Police Public Relations Officer, ACP Juliana Obeng said.

Preliminary investigations pointed out that, the substances suspected to be narcotics were delivered by suspect Christian Danso through the ventilation hole behind the cells building.

The Weija Police Divisional Command subsequently arrested the suspect at his hideout at Weija.

In his caution statement, he admitted to having committed the offence and demonstrated how he managed to deliver the substance through the ventilation hole at the back of the cell building.

Investigations are still ongoing and the suspect together with his other accomplices will be processed for court ACP Obeng said.

She reiterated the command’s commitment to making sure that the Region in particular is raided of all such crimes.