Arrested reconciliation: the long search for truth behind Sankara's assassination 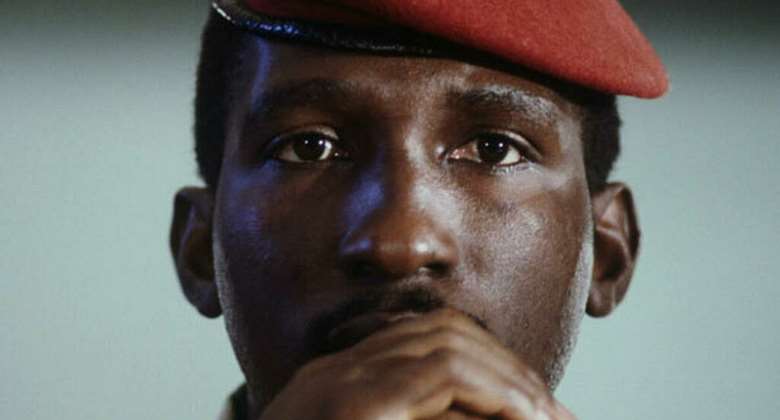 More than three decades after the murder of Burkina Faso's revolutionary leader Thomas Sankara, getting to the bottom of who gave the orders for his assassination has been an elusive affair, despite the inception of a long-awaited judicial process that got underway in October.

This week was meant to herald the launch of a much anticipated forum of national reconciliation for Burkina Faso, in a bid to steer the country in the right direction following months, if not years, of violence and insecurity.

The Burkinabé opposition suspended its participation in the process late December, and thus it was post-poned until further notice.

Since October 2021 a special court in Ougadougou has brought into the open the myriad questions over the killing of Africa's 'Che Guevara', Thomas Sankara.

Sankara was gunned down with 12 others at a meeting of the ruling National Revolutionary Council on 15 October 1987, which brought his former brother-in-arms Blaise Compaoré to power.

Compaoré went on to rule Burkina Faso for the next 27 years before himself being ousted in a coup in 2014, going into exile in neighbouring Côte d'Ivoire.

Thirty-four years after the events surrounding Sankara's killing, the military tribunal opened on Monday 11 October to determine the chain of command behind the assassination.

Paulin Bamouni, Sankara's presidential press director, was killed in the massacre. For his daughter Céline, "we want to know who took the decision, who committed the act, who supported it and why."

Aïda Kiemdé, daughter of the president's legal advisor Frédéric Kiemdé who was also gunned down in the attack, says the opening of the trial has been a relief and "is the fruit of a long judicial struggle.

"Compaorés reign lasted several years," she told RFI, "so we had no say in the matter. This inevitably led to despair. Some families, including mine, had to leave Burkina, which meant I didn't really know my country ... because of this assassination."

For Kiemdé, the trial is a ray of hope, "And we hope that justice will be done and that we will get the truth after several years of waiting."

Two elephants not in the room

More than sixty witnesses provided testimony in the run up to the trial and may yet be called to the stand.

The 14 defendants have to explain themselves to the court; 12 are present, however former president Compaoré and Hyacinthe Kafando - suspected of having led the commando unit that killed Sankara - are being tried in absentia.

Compaoré has refused to appear before the courts. Kafando has been missing since 2015.

For his part, the ousted president has persistently denied deep-rooted suspicions among Burkinabé that he ordered Sankara's killing, while Diendere has pleaded not guilty to all charges.

However, Diendere has been separately handed a 20-year term for his part in a 2015 plot to overthrow the post-Compaoré transitional government.

Another issue is that the trial is being conducted by a military court and at the time of the events, the main actors were Burkina Faso's military.

"A [special court] obeys orders and the hierarchy. We know that there is the command, but there is also the president of Burkina Faso, who is the supreme commander of the army.

"It's true that he's not going to be present during the trial, but I think that he will have some guidelines to give. So, it seems to me very difficult for there to be the truth in relation to this Thomas Sankara case."

The trial investigation hasn't tackled the possibility of international actors being involved in Sankara's death.

Despite a number of clues pointing to the potential involvement of Côte d'Ivoire or France in the killing, the investigating judge has been unable to gather sufficient evidence.

And France in particular has not provided all the declassified archives that had been promised.

The judicial process has, however, shed light on how Sankara met his demise.

Last Wednesday the court heard the revolutionary president was struck by "at least seven rounds" in the chest, one of which was fired from behind.

An anatomical specialist and a police ballistics expert told the tribunal the bullets came from tracer rounds, "because of burns on the remains of clothing" that Sankara was wearing at the time.

Tracer round munitions ignite a burning powder that lights up and are designed for fighting at night, to help the shooter mark the target.

Prosper Farama, a lawyer for the Sankara family, said the testimony was revealing: "When you're told that these are tracer rounds, which ignite on contact, you cannot say that these are the types of weapons which are used to carry out an arrest."

Sankara's body had been hastily disposed of after the killing and the authorities issued a death certificate saying that he had died of "natural causes."

In May 2015, Sankara's presumed remains and those of his companions were exhumed in May 2015 at a cemetery in Ouagadougou.

A trial is a "step in the right direction"

Despite its flaws, the special court is nevertheless necessary journey for Burkina Faso.

According to Ablassé Ouédraogo, former Minister of Foreign Affairs and president of the Le Faso autrement party: "I see that this trial has three merits: the first is to have at least part of the truth.

"The second is to allow the current government to move forward on the issue of national reconciliation.

"And what is very important is to definitively turn this sad page of Burkina Faso's history," Ouédraogo concludes.

The enduring case of Thomas Sankara has contributed to a poisonous socio-political atmosphere in Burkina Faso for over thirty years.

However, through the court hearings, the unbearable deceit surrounding the 1987 killings may bring to light some bearable truths that will allow the country to pick up and move on from the past.