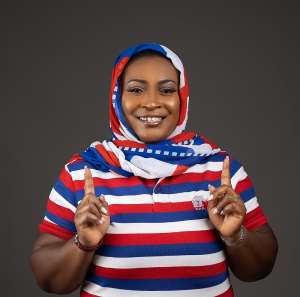 No one can doubt the significance of the contributions of the diaspora branches of the NPP to the success of the party over the years. The Germany branch in particular towers in this regard, dwarfing most of the other diaspora branches. We have contributed in every regard - human and financial/material resources to the party - a fact that should be acknowledged by all.

Thus, it's important that the Germany branch of the party remains formidable to continue staying relevant in the successes of the party. Admittedly, the prominence of the branch in the NPP has been made possible through the sacrifices of many committed patriots in the past. These patriots served as the sentinels for guarding the party's continual existence here in Germany.

Many a patriot ask whether the feat chalked by the branch in terms of its relevance in the party can be safeguarded on the back of the exiting of gallant patriots who are leading the party currently as executives. This is a legitimate question that should naturally be pricked out of any committed patriot. To address this question sufficiently, we may have to look at the core people who have served as the bedrock of the party's success as touted in this article.

It will be sufficiently clear to any serious mind that the youth constitute the base of the party here in Germany and indeed, in the mother party in Ghana. The youth are not only just the future of the party, but also the present. In terms of strength/manpower for execution, grassroots mobilisation, ideas on prosecution of the party's agenda, financial contributions, enthusiasm, etc, the youth remain seminal.

In this regard, it is important for all and sundry to be interested in who leads the youth wing. Having underscored the importance of the youth's role in the party, it bears saying that, the strength of the youth wing whose constituents are the youth, depends largely on who leads it. Looking at the kind of disenchantment at the grassroots even here in the diaspora, there's the need to get a charismatic personality to lead the youth wing to kindle/rekindle the commitment of members towards 2024.

Per my observations over the period, there's no better replacement for Mr. Emmanuel Boakye aka Prof, than Madam Ruth Lindenberger. Everything Prof tried to establish including his desire to position the youth wing to play a central role in the Germany branch of party, would be negated if other than Ruth Lindenberger takes the realms of leadership. That's why Prof himself should support Ruth to continue what he started.

Here is why I say so. Ruth Lindenberger as deputy youth organiser has fitted in very well as the acting youth organiser after Prof went to Ghana to pursue his political ambitions. Not only has Ruth fitted in but also expanded the frontiers of the wing, she has succeeded at mobilising the youth through her charismatic and inspirational leadership thereby, making the youth wing the toast of the party in Germany. Today, in Germany, some old men and women in the party wish they were youth due to the fragrance of Ruth's leadership. If you want the brightest spot in the party today in Germany, it's the youth wing.

How then can anyone contemplate killing the bird that lays the golden egg? Ruth has demonstrated beyond any shadow of doubt that she has what it takes to lead the youth wing to the promise land. She has shown peerless leadership and can therefore not be removed on any frivolous account. Her name has resonated well within the rank and file of the party both in Germany and Ghana. Ruth Lindenberger has become the face of the youth wing through her unmatched leadership skills. Her leadership has helped to create the much-needed relationship between the party in Germany and Ghana. This therefore affords her an opportunity to use the youth wing as a leverage to seek opportunities for patriots in Germany who may need such assistance back in Ghana.

After exuding such great deal of competence, we can only expect a straightforward endorsement of her bid to become the substantive youth organiser of the party. More refreshing is the fact that we have a woman who has for the first time in the history of the party, dared to ascend to become a youth organiser. This is good for the image of our party which has over the years advocated for the inclusion of women in the party.

Ruth Lindenberger is the new face of the youth wing and so should it remain!

Latest Photo Reports
Catch up with all the political quotes from our politicians.
Advertise here
More Article
ModernGhana Links
The science behind Yoga; benefits to immunity and quality of life
How Kenya's judiciary can break the cycle of electoral violence
The rights of refugees in Africa are under threat: what can be done
Herbicides threaten edible weeds in Zambia -- that may be bad news for local food security
South Africa has entered a new phase of the COVID pandemic: what that means
Literature from the Congo Basin offers avenues for dealing with the climate crisis
Conflict Management And Prevention: Different Perspectives Of Conflicts And Different State Actors
Senegal is decolonising its heritage, and in the process reclaiming its future
Gov Nasir El Rufai and the Toast Of Amaechi
TOP STORIES

Reclassify Achimota forest as reserve; it's a dangerous prec...
28 minutes ago

Wheels of Justice turn fast against Vormawor but slow for Ma...
28 minutes ago