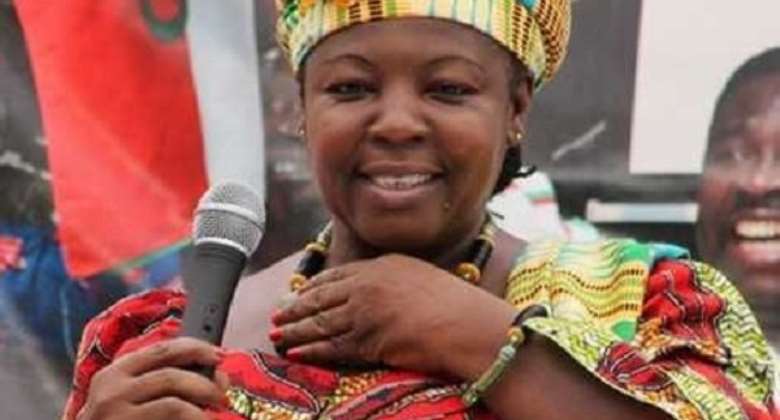 Nana Akosua Frimpomaa Sarpong-Kumankumah, the Chairperson of the Convention Peoples Party (CPP), has asked the citizenry to make a pledge against paying or collecting bribes “for at least the whole of 2022”.

That commitment, she said, could be a "little step" towards creating a great nation that most Ghanaians desired.

"Let's not bribe anybody. Let the police officer do his work, let the teacher work well, let the nurse do her job and everybody must do what they must do," she said.

She made the call at an event to reflect on the contribution of Martin Luther King Junior of US and Gamal Abdul Naseer Hussein of Egypt (Both born on January 15) to the liberation struggle of the African continent.

Nana Sarpong-Kumankumah said the desire of having offsprings and future generations to enjoy the land bequeathed to Ghanaians by forefathers should engender sacrifice and a sense of patriotism and called for action against corruption.

"They have done their part and that is why we are here today celebrating their lives and because they did their part in the most difficult time," she noted.

The occasion was marked with musical performances, poetry recitals and solidarity messages from individuals and representatives of organisations sympathetic to Pan-Africanism.

Present at the event was Mr Ahmed Abubakar, also known as Blakk Rasta, a Musician and Broadcaster, who in an interview, attributed the low sense of patriotism among Ghanaians to factors such as the failure of the country to honour its legends.

He also observed that the ethos of Pan-Africanism appeared to be fading away among the youth due to lack of education and the absence of exemplary leadership to promote the ideals.

"You cannot call yourself a pan Africanist if you don't have patriotism and that is what is lacking now.”

The Civil Rights Act banned discrimination in the workforce and public accommodations based on “race, colour, religion, or national origins” whiles the voting rights protected African Americans rights to vote.

He visited the country in March 1957 to mark the independence of Ghana and was assassinated on April 4, 1968.