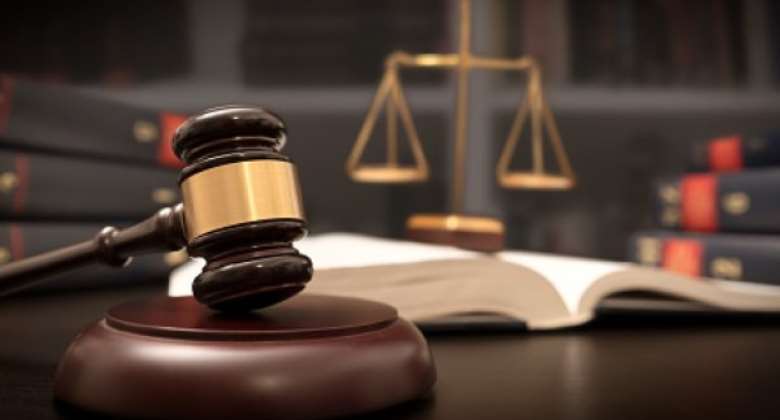 The Ashaiman Circuit Court has sentenced a 20-year-old Nigerian, Muayu Dauda to pay a fine of GHS2,400.00 or in default serve 12 months imprisonment in hard labour for stealing two gas cylinders from a 'chop bar'(local restaurant) at Ashaiman.

The court presided over by Mr. Richard Delali Anku sentenced the accused Dauda on his own plea of guilty to the charges of unlawful entering and appropriation of two gas cylinders.

Chief Inspector Samuel Aperweh prosecuting said the complainant Rebecca Mensah is 65-years–old, trader, and a market queen mother at Kuffour Lorry Station- Ashaiman, while the convict Dauda is a Nigerian and unemployed.

The fact of the case was that on January 5, this year at about 1700 hours Dauda went to Abdela Hasana Mothers Chop Bar at Ashaiman and took away two gas cylinders valued at GHS 300.00.

According to the prosecution, Abdela Hasana owner of the chop bar reported the issue to the Market Queen Mother and she, in turn, informed the security men at the market.

Prosecuting said on January 6, 2022, the security men arrested Dauda, and during an open interrogation, he confessed that he stole the gas cylinders from Adbela Hasana Mothers Chop Bar and sold it to a certain man at Fitter-Line a suburb of Ashaiman.

Chief Inspector said Dauda led the police to the Fitter-Line, but the receiver was not seen, the gas cylinders were however retrieved.

After investigations, Dauda was charged with the offense and was put before the court.