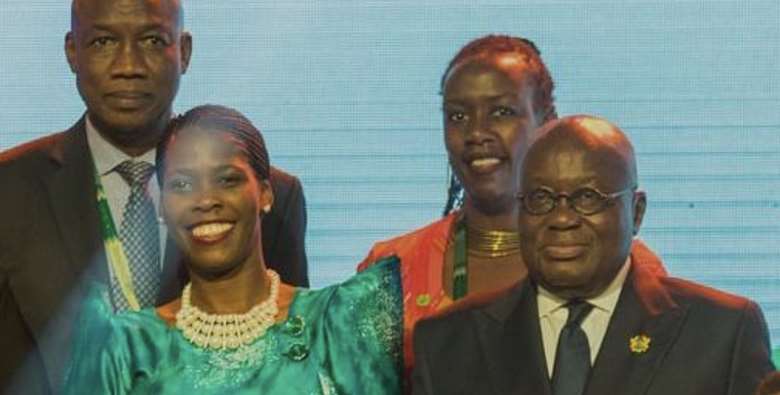 The Africa Food Prize is the preeminent award recognizing an outstanding individual or institution that is leading the effort to change the reality of farming in Africa—from a struggle to survive to a business that thrives.

The funding partners AGRA and UPL are inviting nominations from organizations, institutions, and businesses who have created opportunities for Africa's farmers to gain viable livelihoods from their trade. The nomination criteria, procedure, and online application are available at www.africafoodprize.org/nominate . Nominations will close on Monday, May 16th 2022.

The prestigious US $100,000 Prize puts a spotlight on bold initiatives and technical innovations that can be replicated across the continent to create a new era of food security and economic opportunity for all Africans.

Winners will be selected by the Africa Food Prize committee led by H.E. Olusegun Obasanjo, former President of Nigeria and will be announced at the AGRF Summit 2022 to be held in Kigali, Rwanda in September.

“The Africa Food Prize celebrates Africans who are taking control of Africa’s agriculture agenda to create wealth and jobs for the continent, its economy and people,” said H.E Obasanjo.

In 2021, hundreds of robust nominations were received and after rigorous evaluation,the Prize was awarded to The International Crops Research Institute for the Semi-Arid Tropics (ICRISAT) for work that has improved food security across 13 countries in sub-Saharan Africa. Between 2007 and 2019, ICRISAT led a collaboration of partners to deliver the Tropical Legumes Project. The project, undertaken together with the International Center for Tropical Agriculture (CIAT) and International Institute of Tropical Agriculture (IITA), developed 266 improved legume varieties and almost half a million tons of seed for a range of legume crops, including cowpeas, pigeon peas, chickpea, common bean, groundnut, and soybean. These new varieties have helped over 25 million smallholder farmers become more resilient to climate change, as well as pest and disease outbreaks.

About the Africa Food Prize

The US$100,000 Africa Food Prize celebrates Africans who are taking control of Africa’s agricultural agenda. It puts a bright spotlight on bold initiatives and technical innovations that can be replicated across the continent to create a new era of food security and economic opportunity for all Africans. The winners are selected by an independent panel of distinguished experts in African agriculture, chaired by former Nigerian President Olusegun Obasanjo. The Africa Food Prize began as the Yara Prize, established by Yara in 2005. It was moved to Africa and rechristened the Africa Food Prize in 2016. More at africafoodprize.org .