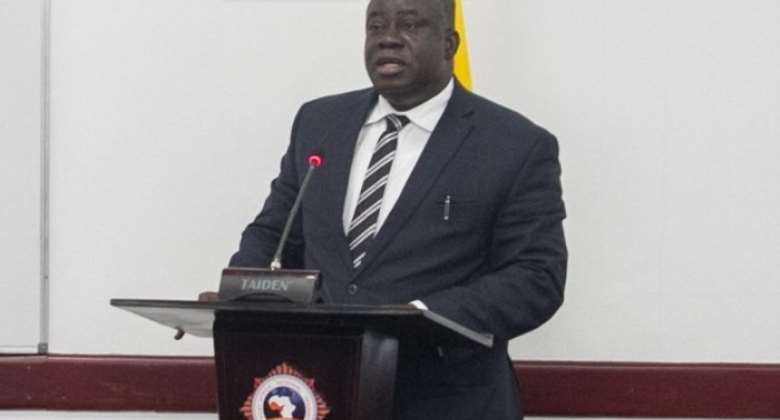 A memorial service is scheduled for tomorrow at the Nantoma Presbyterian Church at Kanda in Accra in honour of Mr Joshua Kyeremeh, a former National Security Coordinator who passed on a year ago in Accra.

In his tribute to the late security and intelligence chief, President Akufo-Addo described him as “A conscientious public servant, a Ghanaian patriot and excellent citizen—Joshua Kyeremeh, 'Pastor', as I called him—will be sorely missed by all those who had the privilege to know him. May his soul rest in perfect peace in the bosom of the Almighty until the last day of the Resurrection when we shall all meet again. Amen.”

Mr Joshua Kyeremeh, who was a native of Asuotiano in the Bono Region of Ghana, was a long-serving security intelligence chief who earned the trust of President Nana Addo Dankwa Akufo-Addo to hold the high office of the National Security Coordinator from 2017 to 2021. His areas of expertise included national security, risk management, security intelligence operations, negotiations, sensitive investigations and security governance. He had extensive experience in counter-intelligence and national security operations. Under the Kufuor Administration, Mr Kyeremeh served as the Director of the Bureau of National Investigations (BNI), now renamed National Intelligence Bureau (NIB) from 2005 to 2009 and carved a niche for himself as a patriot and a gentleman.

In a career spanning more than three decades, Kyeremeh had trained with various foreign intelligence and law enforcement organisations, including the Federal Bureau of Investigations (FBI), the Central Intelligence Agency, Scotland Yard, MI5 and MI6.

On Friday, May 28, 2021, the mortal remains of Mr Kyeremeh were laid to rest at the Military Cemetery in Accra after a solemn funeral service held at the forecourt of the State House and was attended by President Nana Addo Dankwa Akufo-Addo, President of Ghana, the Speaker of Parliament, Ministers of State, Members of Parliament, security and intelligence chiefs, family, staff of the Ministry of National Security and a host of others.