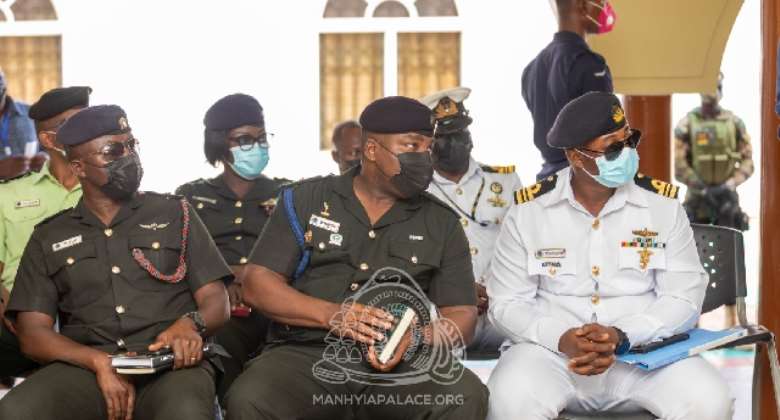 A security consultant Richard Kumadoe is calling for the streamlining of security management in the country.

His concern comes on the back of the withdrawal of the military attaché to Speaker of Parliament Alban Bagbin by the military high command.

According to the Ghana Armed Forces, proper procedure was not followed in assigning the soldiers to the Speaker a year ago.

The minority in parliament, however, sees the move by GAF as politically motivated and calculated to diminish the Speaker’s confidence in his bid to impartially and independently steer the affairs of the legislative arm of government.

Reacting to this development on the Class Morning Show (CMS) on Class91.3FM, Monday, 17 January 2022, Mr Kumadoe said it is unfortunate that in Ghana, “we do not have any unit any organisation or any individual that appoint, select and assign security protocol officers to VIPs and VVIPs.”

He noted: “In the case of this particular Speaker, he made a request and a re-request naming certain individuals which means that he knows them and he prefers them to be assigned to him, that alone in itself is a problem for us.”

Explaining further, Mr Kumadoe told show host Kofi Oppong Asamoah that: “The letter saying, ‘Re: request’, means he has formally requested for these guys whether orally, verbally or in written and then…national security issues a statement to say that the standard norm should have been a police officer.”

“There’s so much confusion in security management in this country and that is where the issue is,” he lamented.

“Let’s streamline the process, find out who’s entitled to what; who provides what security for whom and what are the regimes”.

“The private security men we see around, do they have the right to own firearms and which category of firearms? At what point are they allowed to open fire? Those are the things we need to address as quickly as possible as Ghanaians and stop playing the ostrich before it comes to hurt us so badly as it happened in Haiti and some other countries,” Mr Kumadoe advised.