Withdraw our security, don’t pay our salary; we won’t be intimidated nor weakened – Muntaka to gov’t 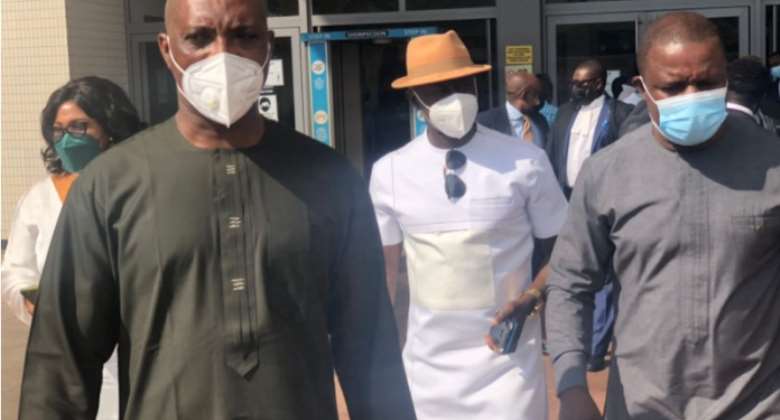 The Member of Parliament (MP) for Asawase, Mr. Muntaka Mubarak has stressed that MPs representation the National Democratic Congress (NDC) will not be intimidated regardless of what the government plots.

According to him, the withdrawal of the military guards of the Speaker of Parliament, Rt. Hon. Alban Bagbin is part of a grand scheme by the government to frustrate and intimidate NDC MPs.

Speaking to journalists after the first hearing of Dr. Casiel Ato Forson’s case on Monday January 17, 2022, said even if the government decides to block the salaries of Minority MPs, they will not be weakened in any way to stop doing their work.

“The game is to intimidate, frustrate us and they think that they can weaken us but no, they can’t. In fact they are rather strengthening and keeping us together.

“You are charging Dominic Ayine because of Zuarungu market, you are bringing Quayson, you are charging Akwatia MP, you can just see the frustration and it is so shameful that they forget that this is a democracy and this is being led by so called learned,” the Asawase MP said.

Mr. Muntaka Mubarak continued, “Now, we know everyone of us in danger, they can choose to withdraw all the security that follow all the 137 of us, they can choose to even take all our salary because they think they are in the executive but believe me , it is rather going to strength us. Remember, nothing lasts forever.”

Dr. Casiel Ato Forson, a former Deputy Finance Minister and two others have been dragged to court on five counts of willfully causing financial loss to the state.

After the first hearing of the case today, it has been adjourned to to Tuesday, January 18, 2022.