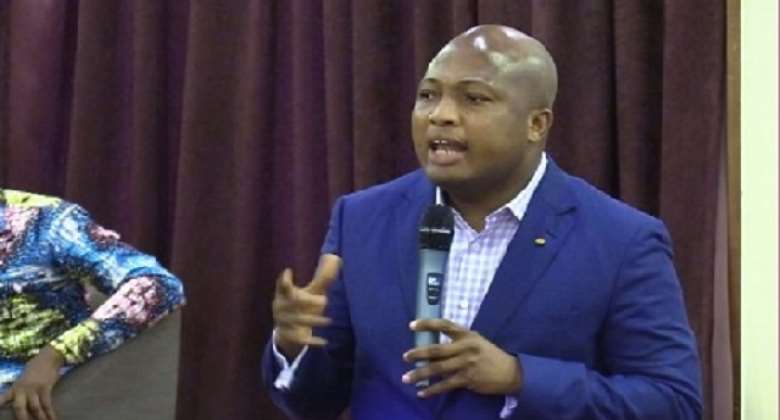 The Member of Parliament for North Tongu Samuel Okudzeto Ablakwa has raised concerns about the state of security under the Akufo-Addo-led administration.

This follows the Ghana Armed Forces’ withdrawal of some four military personnel detailed to the office of the Speaker of Parliament, Mr Alban Bagbin.

A letter from the Chief of Staff of the Ghana Armed Forces (GAF), NP Andoh, addressed to the Speaker said the four officers did not go through the right processes before being attached to the Speaker’s office.

Reacting to the withdrawal of the military personnel from Speaker Bagbin’s office, the North Tongu legislator raised concerns over how long it took for the GAF to realise that the four personnel were deployed without going through the right process.

According to the North Tongu lawmaker, such flaw on the part of the Armed Forces raises doubts about the country’s security under President Nana Addo Dankwa Akufo-Addo.

In a Facebook post on Monday, 17 January 2022, Mr Ablakwa said: “If it takes a whole year for Ghana’s military high command to discover that their personnel have been deployed without 'proper procedure' to the Speaker’s office, what does that say about the state of security and integrity of leadership under Commander-in-Chief Akufo-Addo?”

He further quizzed: “Is the Rt. Hon. Speaker not better off without this kind of protection?” adding that “Ultimately, the best form of protection can only be guaranteed by the people we serve and the Lord Almighty.”

The withdrawn military personnel from the office of the Speaker of Parliament include WO1 Jafaru Bunwura, WOII Apugiba Awine David, S/Sgt Agbley Prosper and Sgt. Bonney Prince.

They had been protecting the Speaker since January 2021.

Prepare for hunger in Ghana — GAWU warn Ghanaians
59 minutes ago