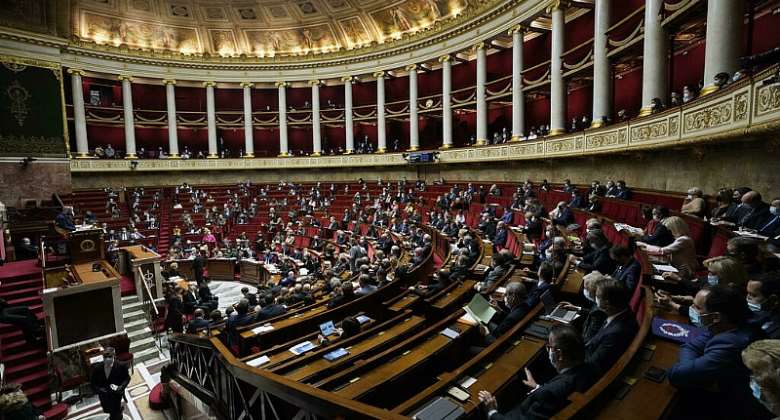 Following two weeks of debate, the French parliament on Sunday night passed the law which will make a valid vaccination pass obligatory for citizens over the age of 16 who wish to have access to restaurants, cinemas and intercity transport.

The legislation was approved by 215 MPs, with 58 against.

The government was broadly supported by the right-wing Républicains, and by a small number of socialist deputies. The far-left, extreme right and the centrist UDI all voted against.

Three ruling party members voted against the measures. There were seven abstentions.

The law means that the current health pass will now be considered as a vaccination pass.

Everyone over the age of 16 will be obliged to present proof of vaccination for entry to restaurants, bars, professional meetings, and all forms of medium-distance transport.

Workers in all the sectors concerned will themselves be obliged to have valid vaccination passes.

In order to qualify for the new pass, proof is required of a full vaccination history. That means one or two injections, depending on the product administered.

From 15 February onwards, it will be necessary to receive a booster shot four months after the completion of the initial inoculation, otherwise the pass will become invalid.

The law allows for circumstances in which a recent negative test can be demanded in addition to proof of vaccination.

Police officers and the owners of public venues will be responsible for verifying the vaccination status of all clients. Those checking passes will have the right to demand photo identification if they have reason to suspect that a pass is being presented fraudulently. Owners who fail to check passes will be subject to an immediate fine of 1,000 euros.

Using a pass belonging to another will result in a fine of 1,000 euros, with the same penalty for allowing your pass to be used by a third party.

The use of a false pass will be punished by five years jail and a 75,000 euro fine.

Businesses which fail to facilitate distance working for their employees will be subject to a 500 euro fine for each employee, up to a limit of 50,000 euros.

The new law will not come into effect immediately. Left-wing parliamentarians have asked the Constitutional Council, the body which assures that legislation is not in conflict with the French constitution, to examine the impact of the changes on the fundamental freedom of citizens. A delay of several days is expected.