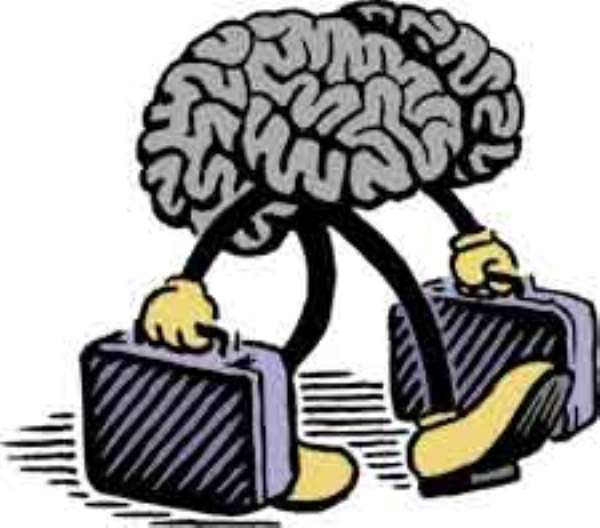 Since it is difficult to persuade professionals to return we should use the diplomatic missions abroad to tap into the skills abroad. Most Ghanaian Diplomatic Missions abroad have some sort of register of skills but how many of these have been used. What guidelines have been put in place for selection? I am aware that some Ghanaian professionals have not completed the skill audit of the missions because some of the missions are out of touch with the people. They do not even answer phone calls or respond to emails.

We do not need foreign loans or foreign help for most of these things to happen. It can be done. Countries like Singapore and Botswana have done it. What is needed is the goodwill of all and leadership by example by the President and his Ministers, MPs and CEOs of the various corporations and government businesses. I believe that Ghanaians will be prepared to “tighten their belts” if they see their leaders set the example and provide the benchmark. Views expressed by the author(s) do not necessarily reflect those of GhanaHomePage.