Wulensi: Communities meet to raise funds for construction of bridge 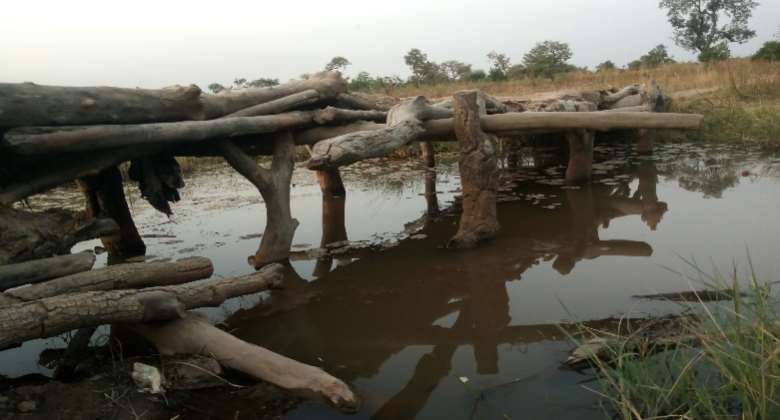 Four communities namely: Dalanyili Uboado, Dalanyili, Kpilsini, Ndabilini and Banvim in the Nanumba South and North Districts of the Northern region have teamed up to contribute funds to construct a bridge over a stream on their major road to Bimbilla.

The communities with a population of about 1000 inhabitants who are predominantly persistent farmers cannot boast of any developmental project in their area. Their schools are held under huts, they do not have accessible roads linking them to towns and electricity.

This is affecting the communities in diverse ways as no car or vehicle can move to those communities mostly during raining seasons. Market women had to always trek across the streams before they can get to market centers in Bimbilla and Nakpayili respectively.

The communities upon realizing that their appeals to politicians and the District Assembly have proved futile now resort to raising funds through individual contributions to finance the project.

The communities rely on the locally made overpass using sticks, but this is often carried away by water during the peak of raining seasons. Moreover, the overpass can’t take tricycles and other convenient means of transport to the market centers.

In a meeting held on Saturday January 15,2022 at Dalanyili, the communities unanimously agreed to be levied to fund the project as they can no longer continue to suffer in getting access to towns and to sell their farm products.

The community members are also calling on philanthropists, Non-Governmental Organizations, Government of Ghana through Nanumba South District Assembly, Member of Parliament for Wulensi constituency and other well-meaning Ghanaians to come to their aid to make this project a reality.