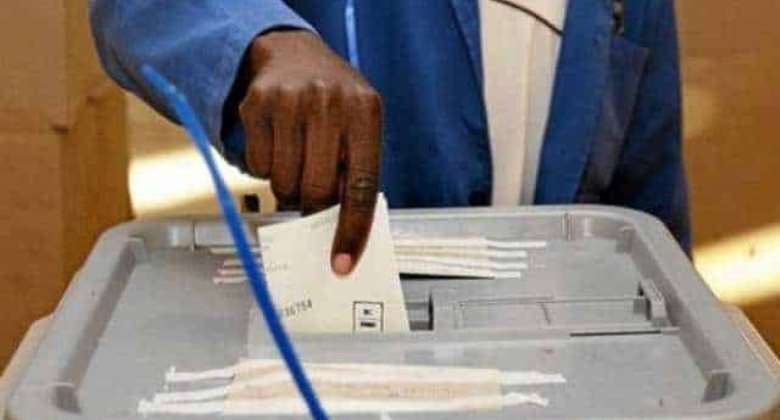 MOGADISHU: SOMALIA...The Federal electoral implementation commission. (FEIT) Which was assigned to orchestrate and hold free, fair, credible, inclusive, transparent and consensus-based polls were marred by internal fighting , bickering and lobbying among members of the commission. To iron out these longstanding squabbling and dissension, today is set to elect a new chairman in Mogadishu that will supersede the former commission's chairman Mohamed Hassan Irro following his ouster from office by the federal electoral implementation team team ( Feit) members.

Irro, was considered to be a close ally to the incumbent lameduck president Farmajo and was usurped from authority and assigned duties by (Feit) after only serving for a period of six months following pervasive allegations of breaching or violating the independence, neutrality and impartiality of the election and sided with the lameduck president and attempting to rig the election in favor of the outgoing president.

The contest for the chairman of the electoral commission has turned into a fierce battle in Mogadishu as both Farmajo and Roble's side each willing their candidate to take and assume the crucial position which they thought will decide the incoming election winners.

The election of the new chairman is expected or anticipated to expedite and accelerate the amorphous elections postponed several times in Somalia which utterly demoralized Somali citizens and come to setbacks and meltdowns taking a series of delays and wrangling running into a year.

After protracted procedural irregularities which rages for hours, eventually the members of (Feit) unanimously concurred to elect a new chairman that will lead the commission until the controversial indirect polls came to an end....

The Federal electoral implementation Team (Feit) has elected Muse Gelle Yusuf as the new chairman of the body following the removal of Mohamed Hassan Irro over widespread and rampant allegations of bias, incompetence and cronyism.

The post or the position of the chair was fiercely contested by two candidates or nominees, Muse Gelle Yusuf, a close associate and ally of the caretaker prime minister and Abdirahman Abdiaziz Adan who was considered to be a close ally and candidate to the outgoing president.

Muse Gelle Yusuf was elected as the new chairman of the federal electoral commission after garnering 14 votes in the second round of the election, while Abdirahman Abdiaziz received 11 votes.

Muse Gelle was declared officially to be the winner of the election as well as the new chairman of (FEIT) which is the electoral body organizing the entire elections of the country.

The defeated candidate Abdirahman Abdiaziz who was Gelle's main rival during the tough election has conceded the ignominious electoral defeat then congratulated and pledge to collaborate the new chairman seriously and affectively.and wish him massive success while performing election related colossal tasks which lie ahead the electoral authority and soon organize legislative polls which is expected to take place in eleven electoral constituency in both the federal government and federal member states.

Muse Gelle, who was previously served as the interim chairman of the electoral commission, steps into the shoes of Mohamed Hassan Irro, who was sacked and deposed in December.

On the other hand Galmudug electoral commission releases 21 seats.. Galmudug state implementation election team has announced. The election of 21 seats up for grabs in the coming days.

The list released by Galmudug is the highest number ever declared in one seating since the start of Somalia's low chamber election.

Author; holds BA in English Language and literature at Mogadishu University and BA in Business administration at Simad University. Master of arts in applied Linguistics at Kisii University in Nairobi, as well as Master of peace and conflict studies at Uppsala University in Sweden.

Church members can be recruited by terrorists — Christian Co...
53 minutes ago