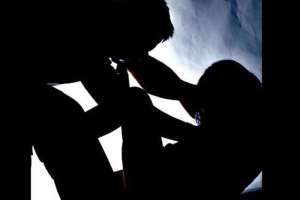 The Assistant Commissioner of Police (ACP) Abraham Acquaye, Commander of the Nima Divisional Police Command, has asked community leaders to desist from interfering in the investigation and prosecution of rape and domestic abuse cases in the country.

That, he said, was to allow the law to take its course on such persons and ensure that justice was brought to the survivors to serve as a deterrent to others.

Over the years, community leaders including chiefs, religious leaders, assembly men, and opinion leaders, as well as Members of Parliament, have been accused of shielding perpetrators of rape and defilement at the expense of their victims.

ACP Acquaye who was speaking at a stakeholder engagement on domestic violence held for some community leaders in Nima and its environs in the Ablekuma North Municipality, in Accra, said the situation was affecting the prosecution of such cases, as well as emboldening others.

The engagement, organised by the International Network of Religious Leaders Living with or personally affected by HIV and AIDS (INERELA Ghana), with funding from the United Nations Women Trust Fund, was to educate the leaders to help eradicate domestic violence in the community.

It was attended by Imans, queenmoters, and various leaders from the various communities.

Statistics available at the Domestic Violence and Victims Support Unit (DOVVSU) of the Ghana Police Service indicate that 1,047 girls were defiled, while 305 women were raped in 2020.

Also, about 1,500 cases of violence against women are reported to law enforcement agencies annually.

He explained that though Section 73 of the Court's Act and Section 64 of the Alternative Dispute Resolution Act, allowed for some cases to be resolved by them, criminal cases including rape, defilement, and murder could only be resolved by the law court.

He threw a word of caution to them that the Police would not hesitate to come after any community leader who would be found engaging in such illegality.

"Very soon, we will be picking on some of you," the Commander warned.

ASP Mavis Adjei, DOVVSU Coordinator, Nima Division also noted that the situation was crippling the Unit as it was being rendered redundant.

She appealed to the government to resource the Unit to enable it to provide the needed support for persons who found themselves in such unfortunate circumstances.

Mrs Mercy Acquah-Hayford, Executive Director, INERELA Ghana, said the phenomenon was bad and urged the community leaders to do more to protect the vulnerable in their communities.

She explained that currently, the group was seeking justice for a five-year-old girl who was alleged to have been defiled by a 52-year old Islamic teacher, despite the lack of interest from the survivor's family due to alleged intimidation from the community.

Mrs Acquah-Hayfors urged parents to take a keen interest in the welfare of their children to protect them from such predators, adding that they must question their children on the unexplained acquisition of expensive items to ensure that they were not lured with such items.

Chief Baba Issah, Chairman, Ayawaso Council of Zongo Chiefs, assured of the chiefs' readiness to partner the Police to bring persons found culpable of such situations to book.

Participants at the end of the meeting came up with a communique pledging not to interfere in any violence and its related criminal cases but allow the law to deal with suspects and assist the Police with investigations when the need be.